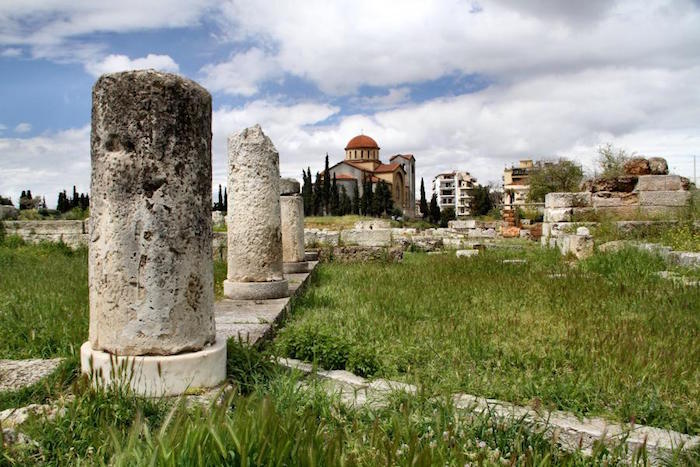 The ancient Greek phrase “ΕΛΘΕ ΜΟΙ Ω ΠΑΙΑΝ ΦΕΡΩΝ ΤΟ ΜΑΝΤΕΙΟΝ ΑΛΗΘΕC” is written on the mouth of a well that came to light during the latest excavations of the German Archaeological Institute at the archaeological site of Kerameikos in Athens.
The invocation phrase seems to have been addressed to Apollo, the ancient Greek god of prophecy, while the well was probably used in some kind of hydromancy rituals during the early Roman times.
This significant and unexpected discovery was made after an inverted marble was removed from the mouth of the well in the sanctuary’s courtyard, south of the famous “burial route.”
The well is attributed either to ancient goddess of the hunt, forests and hills, the moon and archery, Artemis, or goddess of magic, crossroads, moon, ghosts and necromancy, Hecate.
According to a Greek Culture Ministry announcement, the identification of more than 20 inscriptions with relevant content highlights the well’s connection with the sanctuary of Apollo in Athens, confirming the worship of God along with his sister, Artemis.
The excavation was carried out under the direction of Jutta Stroszeck and the supervision of the Ephorate of Antiquities of Athens. 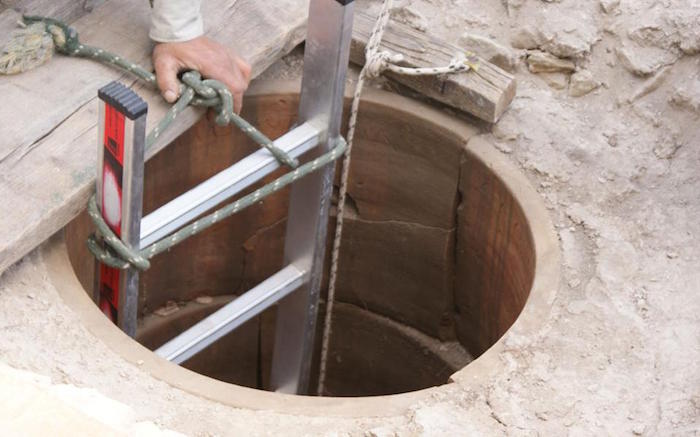