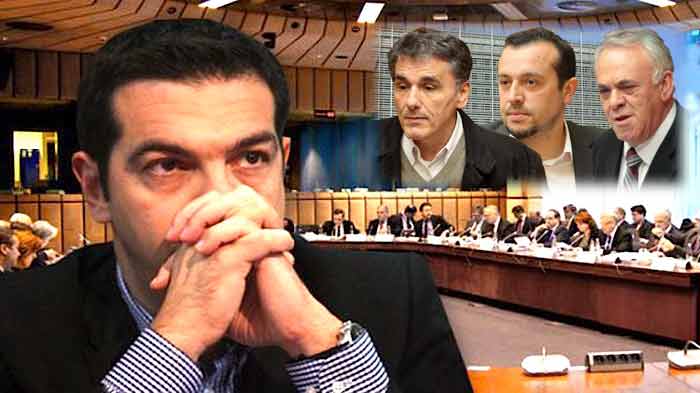 Saturday’s crucial Eurogroup meeting, where finance ministers discussed the newly submitted Greek bailout proposal, has been inconclusive. The Eurogroup will meet again on Sunday at 11 am, just five hours before a decisive Euro Summit.
The Eurogroup held an in-depth discussion on the Greek authorities new request for financial assistance from the European Stability Mechanism (ESM) and their new proposals for a reform agenda.
The discussion was based on the first assessment of the Greek proposals by the three institutions – the European Commission, the European Central Bank and the International Monetary Fund. The institutions also evaluated risk to the financial stability in the euro area, Greece’s financing needs and its debt sustainability. The assessment was sent to the Eurogroup President on the eve of the meeting.
“It is still very difficult, but work is still in progress”, said Eurogroup President Jeroen Dijsselbloem after the meeting.
The issue of credibility and trust was discussed and also, of course, the financial issues involved, Dijsselbloem noted.
Other Eurozone Finance Ministers also expressed reservations whether Greece can implement reforms after several Ministers and lawmakers of the country’s coalition government essentially voted against the Greek proposals and asked Prime Minister Alexis Tsipras not to sign an agreement that includes austerity measures such as supplementary pension cuts and tax hikes. Some of them have openly expressed the opinion that Greece should leave the common currency bloc and the European Union altogether.
The Eurogroup and Summit are expected to make a final decision about Greece and the Eurozone’s future on Sunday July 12.