Greek Farmers Take Up Fishing in Flooded Farmlands of Serres 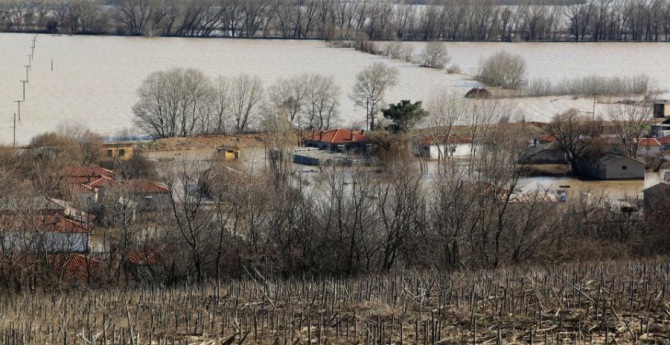 Farmers in the flood-affected areas in the northern Greek region of Serres pulled the brakes on their tractors and started fishing in their flooded farmlands – and this is no lie for the April Fools’ day.
“Farmers became fishermen,” George Stoikos, deputy mayor of the Emmanuil Pappas municipality, told ANA-MPA, explained that more than 40 small boats have been sailing in the flooded land in the last few days, while some people have even thrown fishing nets. “The water level in some places has come up to 1.5 metres and is close to 3 metres in others.
Pumping stations are almost underwater. Many seized the opportunity to go fishing and get a good fishing catch, as the river Strymonas brought a lot of fish from Kerkini lake, Greece .
You can even see fish at the edges of the fields,” he said.
Greek police has recommended that locals move their boats away from the flooded fields; however, more aspiring fishermen show up. “I don’t know whether this fish is edible. I do know, however, that home freezers are full of them,” Stoikos explained. He made clear, however, that the main issue right now is to save the stockbreeding units of the area and put up as many levees as possible to safeguard the region.
(source: ana-mpa)