Opinion Poll: Greeks in Support of SYRIZA Govt But Afraid of Grexit 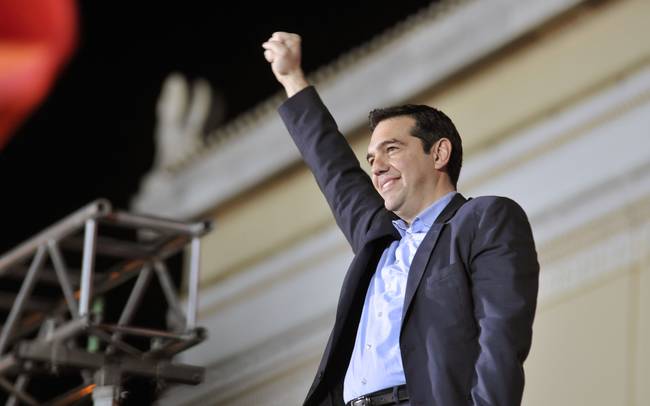 The newly elected SYRIZA – Independent Greeks (ANEL) coalition government has managed to attract the Greek public opinion to its side in the first two months since it took office. According to a new opinion poll conducted by the University of Macedonia on behalf of Greek TV “SKAI,” Greeks agree with the government’s negotiation policy as well as the internal policies implemented so far. At the same time though, the fear of a possible Grexit is continuously intensifying.

55% of the respondents consider the Greek government’s movements in the negotiation front as correct, while the publicity of both Prime Minister Alexis Tsipras and junior coalition partner ANEL leader and National Defense Minister Panos Kammenos is on the rise. Greece’s youngest Prime Minister since 1865 attracts a positive view from 65.9% of the respondents, while Kammenos attracts the positive view of 35%. In contrast, Tsipras’ predecessor and main opposition New Democracy leader Antonis Samaras’ publicity has dropped to just 15%, “To Potami” leader Stavros Theodorakis to 5%, PASOK leader and former government Vice President Evangelos Venizelos to 3%, Greek Communist Party (KKE) leader Dimitris Koutsoumpas and neo-nazi inspired Golden Dawn leader Nikos Michaloliakos to 1% respectively.

Growing fears of a possible Greek exit from the euro

When asked what emotion a possible Greek exit from the Eurozone (the so-called Grexit) causes to them, 43.5% of the respondents said fear, 14.5% hope, 26% none of the two as nothing will change, while 16% of them said there is no such possibility. The above answers were given between March 16 and 17. By comparison, on March 26 to 27, 45.5% of the respondents replied fear, 11% hope, 26.5% no emotion and 17% did not believe there is such possibility.

Guide to the Classics: Thucydides’ History of the Peloponnesian War