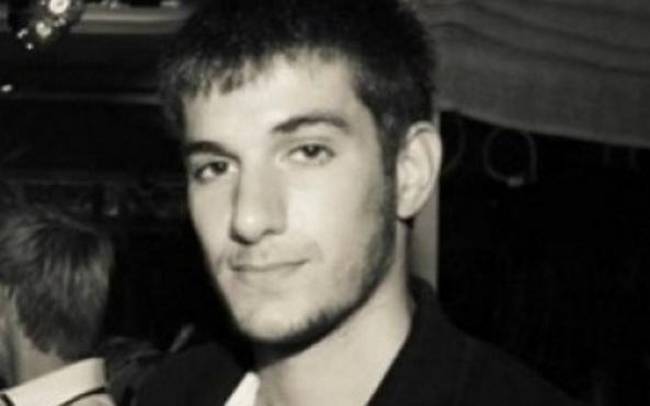 Greece has been devastated by the disappearance of 20-year-old student Vangelis Giakoumakis, who has been missing for almost a month since February 6. Greek journalist and writer Elena Akrita addressed a letter to Greek Deputy Minister of Public Order, Giannis Panousis accusing Vangelis’ fellow students of bullying and a Greek MP of covering up the case.
“The people who tortured Vangelis are talking about jokes and hazing. They turned a sensitive, scared and vulnerable child into a human jukebox,” she said. “A well-known Greek parliament member from Crete is also involved in the case, since he tried to hide what the bullies did, he mediated so that they would not be expelled and then covered up the tragedy,” she wrote in her letter which was published on her Facebook account and the Greek Newspaper Ta Nea.
In his response Panousis noted that a search and investigation team has already been dispatched to Ioannina where the student disappeared. He also stressed that anyone involved in the case — whether it is a student or a public figure — will be led to justice. On the Greek parliament member subject he said that if the allegations are true then for moral and exemplary reasons the leader of his party needs to expel him from the Greek Parliament. “Such phenomena should be condemned publicly before they become cancerous,” he commented.
Meanwhile, other politicians, namely New Democracy’s Lefteris Avgenakis and Giannis Kefalogiannis, both originating from Crete, noted that the Greek Parliament should be informed regarding the investigation status and the future actions that the government plans on taking. Furthermore, they stressed that Akrita’s allegations about a Greek PM being involved in the case are true, then that person should be named and led before justice.