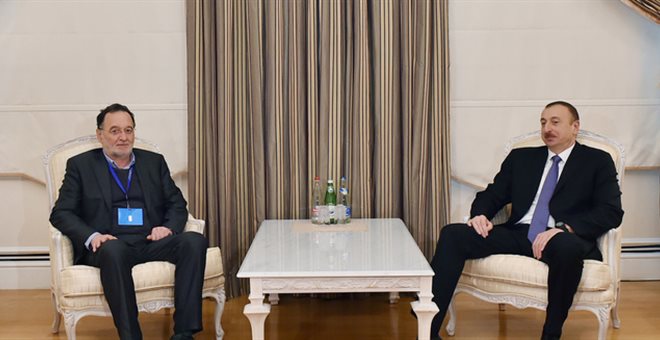 The Azeri state energy company SOCAR said no to Greece on three requests made by new Greek Minister of Productive Reconstruction Panagiotis Lafazanis regarding the new Trans-Adriatic Pipeline (TAP).
In his recent visit to Baku and his meeting with President of Azerbaijan Ilham Aliyev, the Greek minister asked if Greece can be a shareholder in the pipeline consortium, if Athens can get transit fees once the pipeline is operating in 2019 and if Greece can get natural gas from Azerbaijan at lower prices.
Speaking to reporters on Monday, SOCAR Vice-President Elshad Nasirov said: “If Greece wants to buy any share, we are ready to sell it,” according to a report from Trend.
“But the main requirement for the Greek side is that it must settle the account on time. If there is such a company, SOCAR is ready to resell some shares. We want this pipeline to be more “Greek.” Our wishes coincide. Another thing is to find a solvent company not to delay the construction of the pipeline and the Southern Gas Corridor project implementation,” the company official said.
The present shareholding of the project consortium which will connect with the Trans-Anatolian Pipeline (TANAP) to move Azeri gas from the second phase of the Shah Deniz project to European markets, is comprised of BP (20 percent), SOCAR (20 percent), Statoil (20 percent), Fluxys (19 percent), Enagás (16 percent) and Axpo (5 percent), according to Natural Gas Europe.
The SYRIZA-led Greek government has changed the country’s stance on TAP as it is specifically trying to enhance the role of Greece in terms of extracting benefits for the state budget along with further energy security guarantees.
Greece is seeking the payment of transit fees to be paid to the country once the route is functional in 2019.  The new government is also revisiting an agreement for the sale to SOCAR of a 66 percent interest in DESFA, the Greek natural gas transmission operator company, according to the report.
Mr. Nasirov also addressed the issue of a revision in gas contract pricing to Greece for deliveries via TAP.
“A contract was signed with Greece for 25 years. According to contract, there are provisions about possibility of negotiations regarding change of purchase and sale price of gas. This can happen when sharp changes are observed in the market. However, this can be after gas supply. As the Greek side does not buy gas yet, any price change is out of question”, Mr. Nasirov said.
As for the Greek request for Greece receiving natural gas transit fees, Mr. Nasirov replied to Mr. Lafazanis that this request should be dealt, with the appropriate European Union institutions that have the jurisdiction to decide.
Natural Gas Europe is a platform directed towards the stakeholder spectrum in the natural gas matters impacting Europe.