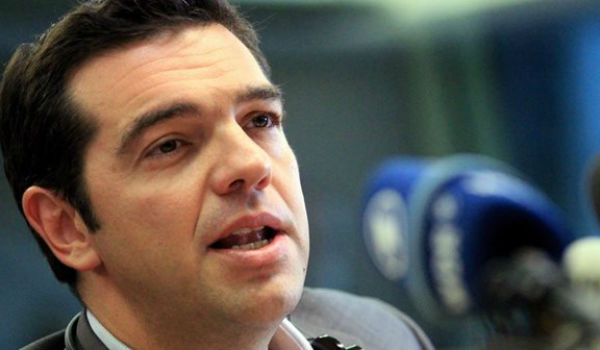 Nicosia is looking forward to Greece’s newly elected Prime Minister Alexis Tsipras’ visit, Cypriot government spokesperson Nikos Christodoulides said, expressing at the same time his certainty that the discussions to be held during Tsipras first official visit abroad since elected will be fruitful and once again prove the long-standing ties between the two countries.

According to Christodoulides, the Cyprus problem, the economic developments, the Turkish provocations in Cyprus’ Exclusive Economic Zone (EEZ) as well as a number of other matters concerning both Athens and Nicosia will be tabled in the meeting between the Greek Prime Minister and the President of the Republic of Cyprus, Nicos Anastasiades.

Christodoulides explained that Tsipras is expected to arrive on Monday morning and will hold a series of meetings. Among them will be the private meeting with Anastasiades, which will be followed by a meeting between the two countries’ delegations and a joint press conference. Furthermore, he highlighted that the Greek Premier will also meet representatives of Cyprus’ parliamentary parties.

Answering journalists questions on whether the two governments will further coordinate their actions regarding the “hot” issue of the European Union sanctions imposed against Russian individuals and entities, Christodoulides clarified that the vast majority of the European Union member-states’ Foreign Ministers shared their views during Thursday’s Foreign Affairs Council meeting.