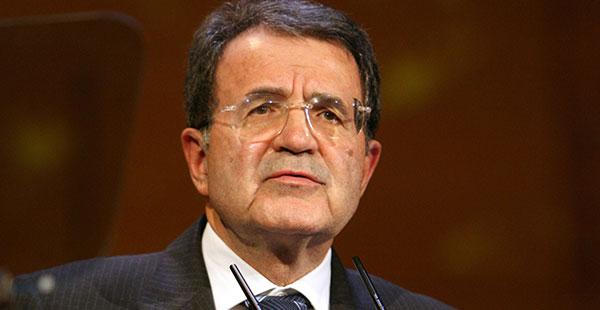 His personal estimations and worries, just a week ahead of the critical January 25 Greek general elections, expressed in an article published by Italian newspaper “Il Messaggero” the Italian Former Prime Minister and Former President of the European Commission, Romano Prodi. According to Prodi, the most worrying element of the upcoming Greek elections is the rigidity of Berlin and not the possible win of anti-austerity SYRIZA.

“Next Sunday, the Greeks go to the polls and SYRIZA is holding a lead, fueled by the country’s deepest crisis,” Prodi underlined in his article, noting that main opposition leader Alexis Tispras maintained his proclaimed program on taxes and social policy but gradually changed the part that concerns Europe, leaving aside talks about a Grexit, feeding, in this way, the comments of opposition forces. At the same time, the Italian former Premier called Germany not to put obstacles on a compromise between Greece and the European Union, which he characterized as a necessary one.

Furthermore, Prodi estimated that Tsipras will be forced to form alliances with smaller and more moderate parties, as a self-reliance mandate looks highly unlikely. According to the opinion polls results and the calculation of parliamentary seats, SYRIZA gets some 144 out of 300 seats in the Greek Parliament. In addition, he also highlighted the comparison between Tsipras and former President of Brazil Luiz Inacio Lula and the reforms he proceeded with.

At the same time, Stefano Fassina, member of Matteo Renzi’s left wing Democratic Party, pointed out that “Greece must be supported in order to form a broader alliance that will put the whole discussion and negotiation for the future of Europe in a completely new basis.”