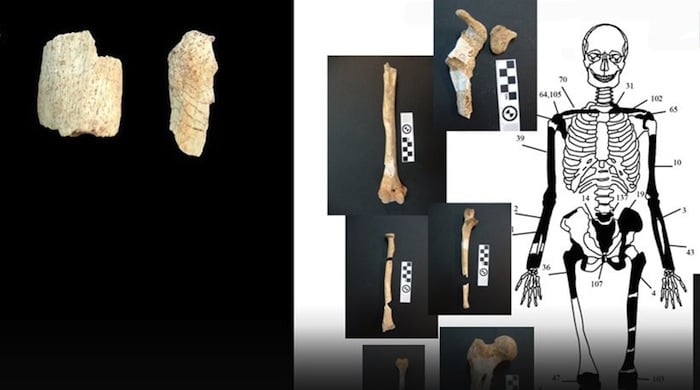 The remains found in the grave of the Amphipolis tomb, Greece , belong to five dead and not one, as archaelogists had initially thought.
Greece ‘s Ministry of Culture made an official announcement today saying that the laboratory results of the examination of the human skeletal material found inside the grave in the Amphipolis tomb show that four dead were buried in the tomb, along with the remains of a cremated dead. The ministry has also issued several pictures of the bone material found. 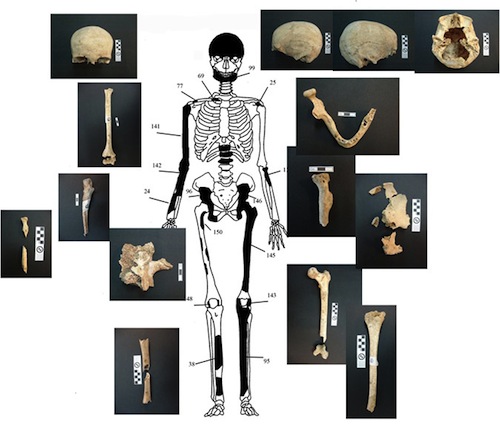 Specifically, the bone remains belong to a woman of approximately 60 years of age, two men 30-45 years old, a newborn baby, and an adult person who was cremated at a time prior to the death of the other four.
The DNA tests that will follow will determine if the buried are related and the burial place is in fact a family tomb. It is more difficult to determine the identity of the burned remains. It is certain, however, that the cremated person was the first “tenant” of the tomb since ancient Greeks had stopped burning their dead after the 3rd-2nd century B.C.
The tomb has been dated to between 325 B.C. and 300 B.C. Experts have speculated that it was built for a general or a relative of Alexander the Great. The discovery of the Amphipolis tomb in the summer of 2014 has been considered one of the most important archaeological findings in history.
The identity of the “tenant” of the tomb was also one of the greatest mysteries of 2014. Initially, there was even speculation that the tomb belonged to Alexander the Great.