GRNews
GreekReporter.comGreeceTsipras: From the Darkness of Austerity to the Light of Democracy

Tsipras: From the Darkness of Austerity to the Light of Democracy 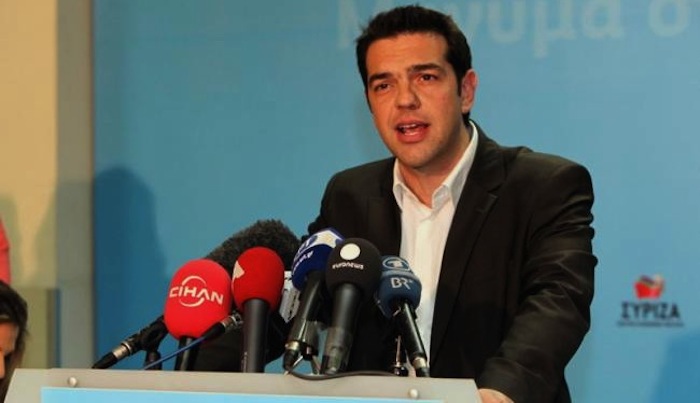 On January 25, Greece will close the door to the past, SYRIZA leader Alexis Tsipras wrote in an article published in Spanish paper El Pais, according to a party announcement.
“SYRIZA’s victory is the hope of change for the world of labor and culture across Europe,” he said.
“So that it can take the necessary step forward. From the darkness of austerity and authoritarianism to the light of democracy, solidarity and viable growth. For this reason, Greece is only the beginning. Spain is next. The change starts from the South,” he added.
According to Tsipras, “Today, Europe is not the victim of the crisis – the crisis ended where it started, in the United States, thanks to the expansionary monetary and fiscal policy. Europe is a victim of austerity. It is threatened by the conservative policy of those who reproduce Ms Merkel’s selfish choices to their countries.”
“For us, the crisis balance is not an option. It is cause for change. SYRIZA’s victory is a new beginning for the widest possible cooperation of all progressive and leftist forces of southern Europe,” he said.
(source: ana-mpa)