Temple of Artemis in Vavrona Flooded 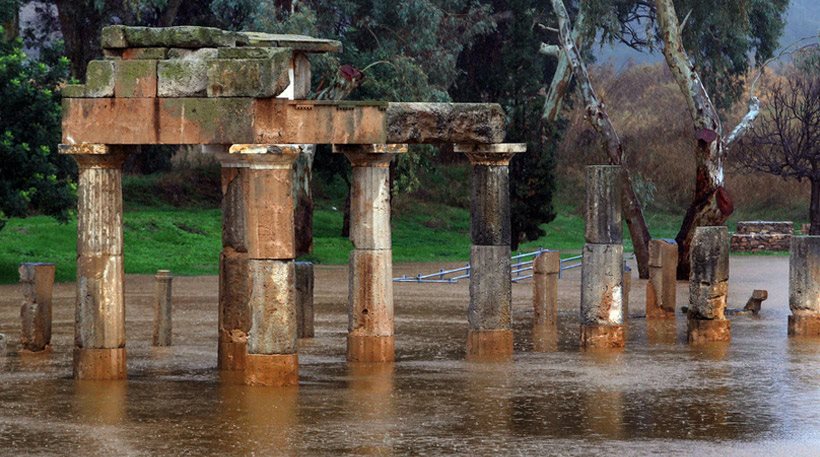 The archaeological site of Vavrona, near Athens, Greece, flooded today after several hours of non stop torrential rain and within a few hours, the temple, dedicated to goddess Artemis, was turned into a lake as the muddy water covered the entire area. 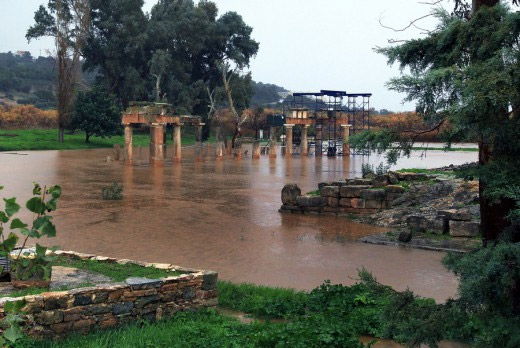 Mud and water covered the ancient temple’s marble columns, while indicative of the amount of water that fell during the last 24 hours in the Attica region is that, based on meteorological data, almost 1/7 of the entire year’s rainfall occurred in the last few days. Four stations of the National Observatory in Euboea (Zarakes, Setta, Steni and Styra) recorded more than 80mm of rain each, meaning that some 80 tons of water fell within an acre. 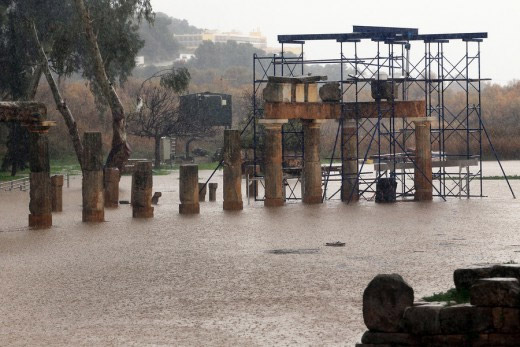 It should be noted that the extreme rainfall throughout the country and especially in northern Greece, and particularly in Thrace, has caused the flooding of Evros river. The residents of Ormenio village were in danger after a nearby Evros river levee broke and the village has been evacuated.