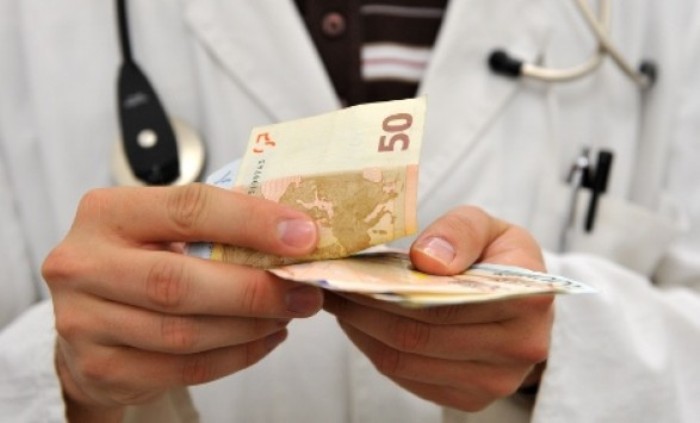 More tax evasion scams uncovered in Greece……
The Financial Crime Squad of Greece, known as SDOE, has revealed 38 cases of remittances worth over 5 million euros each and another 15 cases of remittances worth more than 1 million euros each, which were sent to banks abroad from persons who declared an income of zero.
Greece’s Financial Crimes Squad (SDOE) conducted investigations into sudden unjustified increases in assets of doctors, lawyers, shipowners, bankers, farmers and more and found cases of undeclared funds that exceeded over 30 million euros.
In 18 cases, amounts worth over 1 million euros were sent by people who were receiving unemployment benefits, by the State (OAED). There were millions of euros found in different accounts as well as dodgy transfers that they could not justify.
Some of the examples of those “caught” by SDOE include:
* An Albanian contractor who had sent 1.5 million euros to Tirana but could not justify where he had received the money from. SDOE believes that the Albanian mafia or a gambling conspiracy could be hidden behind this large amount.
* Surgeon oncologist who has a private practice in the high-end area of Kolonaki in Athens. SDOE found that the doctor had received over 6.8 million euros from patients between years 2012-2014 that he had not declared.
* A gynaecologist from the island Crete who had failed to declare 680 thousand euros.
* A paediatrician and a gynaecologist in Thessaloniki who both failed to declare amounts over 2 million euros they had received from patients.
* Four university doctors from Thessaloniki who had received 1 million euros from the public sector for research programs. They again failed to declare this amount.
* A farmer from Thebes, in the area of Voiotia, Central Greece, who had received 2.1 million euros with fake invoices from subsidies.
* A former Aegean bank manager was found to have received 1.5 million euros from black market labor.
* Eight businessmen who had made significant donations to sports clubs worth 3 million euros.
* A military employee who had sent invoices — that did not correspond to his income — worth 45 million euros to the United States of America and Germany.
* A hotel owner from the island of Skiathos, in the Aegean, who has sent 8.5 million euros to Hong-Kong on behalf of a Greek shipowner.
* Two shipowners from the island of Corfu, in the Ionian, who rent their boats to one another in order to avoid declaring profits.
Added to the cases above, the Financial Squad revealed cases of fuel smuggling, bank clerks involved in fake invoice scams etc.