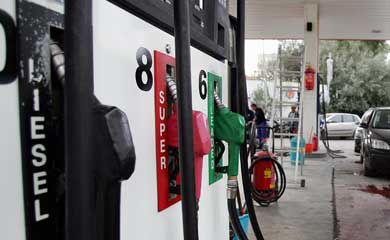 Tax evasion still hounds the Greek economic recovery, despite extensive measures taken by the Greek Ministry of Finance to reign in the problem. According to the Greek newspaper Imerisia, the turnover from tax evasion and illegal import-export of industrial products, fruits, vegetables and fuel has now become a 25 billion euro business.
The champion of tax evasion is the retail market – more specifically, the clothing, footware, gifts, accessories, CDs and DVDs and fuel industries. These sectors generally fail to pay the VAT that tracks their profits.
From fuel smuggling alone, the Greek state loses an estimated 300-500 million euros annually.
Greece fails to collect oil revenues due its failure to install an efficient input-output control system in gas stations throughout Greece.
With regards to shipping oil, large quantities of oil designated for ships are bleached and distributed to gas stations and various small businesses. Shipping oil is the main source of fuel smuggling in Greece.
The unreported sale of fruits and vegetables amounts to 2.5 billion euros annually. Street vendors typically fail to issue receipts, allowing their profits to go unrecorded by the Greek government.