Archaeologists Claim They Have Found the Trojan Horse in Turkey 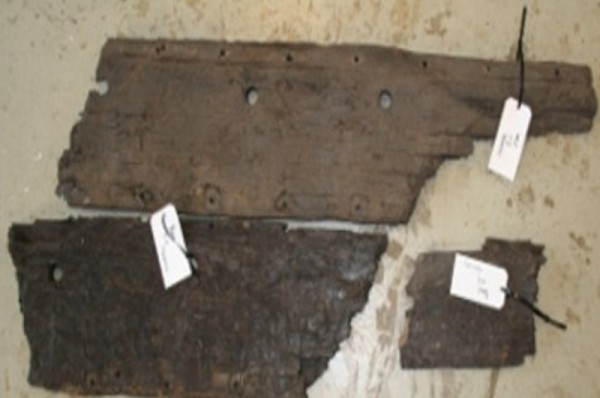 Turkish archaeologists claim a historical discovery as they believe they have found pieces of the Trojan Horse.

According to a report by newsit.gr, Turkish archaeologists excavating on the site of the historical city of Troy on the hills of Hisarlik, have unearthed a large wooden structure. Historians and archaeologists presume that the pieces are remains of the legendary Trojan Horse.

Excavations brought to light dozens of fir planks and beams up to 15 meters long, assembled in a strange form. The wooden assembly was inside the walls of the ancient city of Troy. Fir planks were used for building seafaring ships, archaeologists say.

The Trojan Horse is considered to be a mythical structure. Described as a horse in Homer’s Odyssey, historians suggest that the writer was making an analogy for a war machine, or a natural disaster.

The structure found fits the description by Homer, Virgil, Augustus and Quintus Smyrnaeus. So, archaeologists tend to believe that the finding is indeed the remains of the subterfuge Greeks used to conquer ancient Troy.

Another discovery that supports the archaeologists’ claims is a damaged bronze plate with the inscription “For their return home, the Greeks dedicate this offering to Athena.” Quintus Smyrnaeus refers to the particular plate in his epic poem “Posthomerica” and the plate was also found on the site.

The two archaeologists leading the excavation, Boston University professors Christine Morris and Chris Wilson, say that they have a “high level of confidence” that the structure is indeed linked to the legendary horse. They say that all the tests performed up to now have only confirmed their theory.

“The carbon dating tests and other analysis have all suggested that the wooden pieces and other artifacts date from the 12th or 11th centuries B.C.,” says Professor Morris. “This matches the dates cited for the Trojan War, by many ancient historians like Eratosthenes or Proclus. The assembly of the work also matches the description made by many sources. I don’t want to sound overconfident, but I’m pretty certain that we found the real thing!”