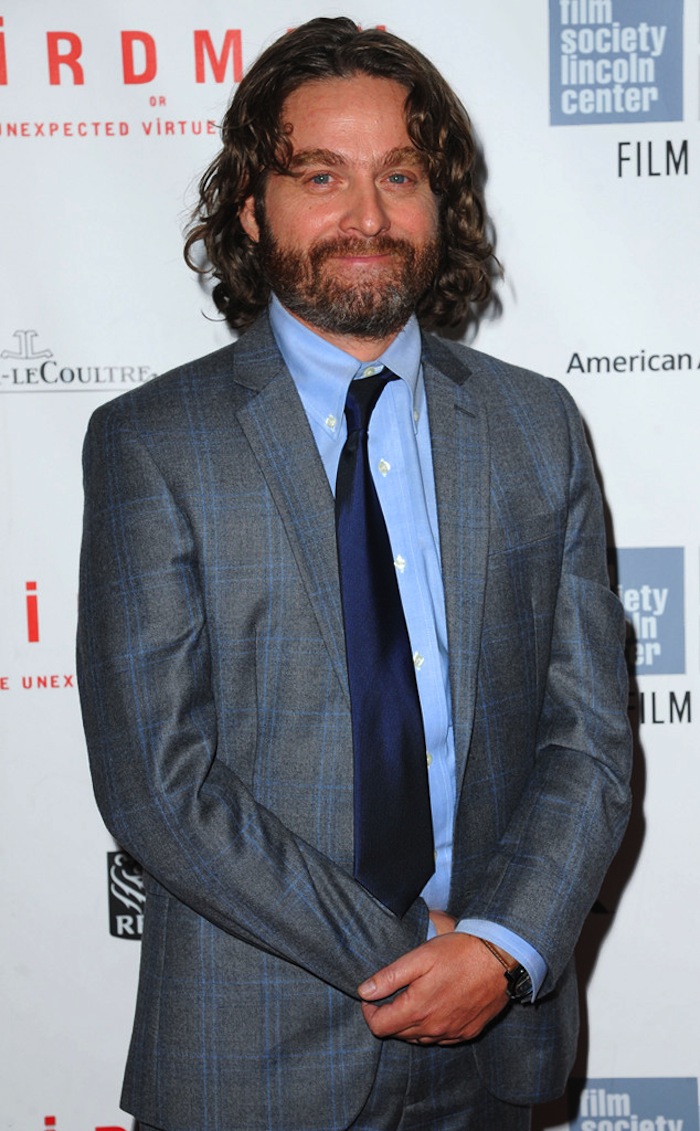 Taking a one year break from making public appearances, Zach Galifianakis showed up to the NYC premiere of his latest film, “Birdman,” looking dramatically different.

The Greek-American actor and all-around funny guy has slimmed down since his more familiar days as the chubbier Alan in “The Hangover” movies. In an interview with Jimmy Fallon on his late-night talk show, Galifianakis was up to his usual antics, telling the host that during a red carpet interview for “Birdman” he told a reporter he was “dying” when she mentioned his new look.

During their chat, the 45-year-old also revealed to Fallon that he and his wife welcomed a baby boy last year.

Check out the interview:

In “Birdman,” Galifianakis plays Jake, a theatrical producer trying to keep it all together and has his work cut out for him on every level. The film centers on washed-up actor Riggan Thomson (Michael Keaton), an actor who became famous for playing an iconic superhero in the movies that decides to stage a comeback in a Broadway play. Pressures mount leading up to the play’s opening night as Riggan battles his ego and tries to win back his family, at the same time re-establishing his career and finding himself in the process.