Is SYRIZA the New PASOK? 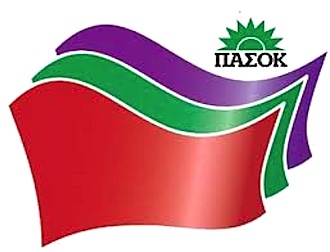 In October 1981, a major transformation occurred in Greek politics. It was the first time in Greece’s history that a socialist party won the elections and came to power. The victory of the Panhellenic Socialist Movement (PA.SO.K.) over the conservative New Democracy party was powered by the concept of “change.” PASOK leader Andreas Papandreou promised a new Greece and a new Greek society, his foremost promise being to cleanse Greece of decades of right-wing rule.
In his pre-election rhetoric, Papandreou spoke openly of his socialist ideas and his intention to withdraw Greece from the NATO alliance and ultimately the European Union, just a year after Greece had become its 8th member. His slogan, “Greece belongs to the Greeks,” was music to the ears of all those who insisted that foreign powers were culpable for Greece’s problems.
Of course all that pre-election talk was just that – pre-election talk. Andreas Papandreou never materialized his intentions. Greece remained in NATO. He had no qualms with reaping EU economic support. In fact, it was mainly the European funds that Papandreou handed out to Greeks that made him so immensely popular – so popular that, despite dying 18 years ago, his picture still holds a prominent place on all PASOK posters.
This October, the general feeling is uncannily similar to those pre-election days of 1981: Once again, we have a leftist party ready to take the reigns from conservative New Democracy, itself allied with PASOK in a coalition government of once-sworn enemies. Recent polls show New Democracy appealing to barely 20% of all Greeks, PASOK sitting around 5% and SYRIZA climbing in the polls – 28% as of mid-October. Party chief Alexis Tsipras is raking in popularity, virtually a prime minister in waiting.
The SYRIZA leader layers promises on a society that has suffered irrecoverably from the current government’s austerity measures. Yet, a close look at Tsipras‘ words and outlook today brings to mind those boundless promises once used by Andreas Papandreou – and later, by his son George Papandreou, whose short-lived rule began in October 2009 and ended less than two years later with the economic crash.
First of all, in a speech at the Thessaloniki International Trade Fair, Tsipras promised that he will restore salaries, pensions and bonuses to their pre-memorandum levels. He swore to put an end to the memoranda. He demanded that the troika prepare to write off a major chunk of the debt. He discussed social benefits for the needy – free electricity, food handouts – and vowed to abolish the property tax (ENFIA).
When questioned as to where he will find the funds for all these measures, his answer recalls that notorious George Papandreou phrase: “There is money.” At the same time, as Andreas Papandreou did in the past, Tsipras acts like he has one foot in the European Union and the other in some imaginary, rich sovereign Greek state equipped with a safety net to rectify all wrongs. As for the memoranda and debts owed to the European Central Bank, the SYRIZA leader insists that he will re-negotiate for “the benefit of the people, not for the benefit of the banks.”
At the same time, one can’t help but notice that, beyond the Andreas Papandreou rhetoric, Tsipras‘ very tone of voice and intonation brings to mind that of the PASOK founder. Indeed, on multiple occasions, the SYRIZA chief has convincingly imitated the Andreas Papandreou voice. This has potential to act subconsciously on older voters who used to revere the Papandreou family.
George Papandreou won the 2009 elections based on his father’s strategy. Present the opposition as the enemy of the people; act as the saviors of the people. Create easily-defined camps; position yourself on the righteous side. SYRIZA employs the same polarization strategy. They have demonized the coalition government by calling them “corrupted,” “traitors,” “subservient to the Germans,” “slaves to the bankers,” “fascists” and so on. The fierce attack SYRIZA voters have unleashed against the new party To Potami (River) shows that they don’t want any political power clouding the clear, convenient divide between the Left and the Right.
In the past, this polarization strategy has worked very well for both those in power and those in the opposition. “Vote for me to stay in power because the enemy is at the door.” Or, “Vote for me and I will kick out the enemy in power.” Blanket divisions – the “rightists” on one side, the “leftists” on the other – work wonders for professional politicians. After all, Greek voters have shown repeatedly in the past that they have short-lived political memories. They have also shown an eagerness to use their vote to punish ruling governments. And, seeing as every government since the seven-year dictatorship has more or less failed, it is time for this coalition government to be punished as well. The SYRIZA motto – “enough is enough” – was exactly that which George Papandreou used in 2009 to secure electoral victory.
Yet the similarities between PASOK and SYRIZA do not end there. The ranks of SYRIZA are full of previous PASOK ministers, MPs, and unionists. Sophia Sakorafa, Panayiotis Kouroublis, Dimitris Tsoukalas, Antonis Kotsakas, Alexis Mitropoulos, Theodora Tzakri are just the most prominent. Even the most emblematic figure of the Greek Left, Manolis Glezos, was once a PASOK MP. This means that Alexis Tsipras has plenty of valuable advise at his disposal. And previous PASOK members have plenty of potential to serve in a ruling cabinet.
It is now certain that, in the next elections, Greek voters will punish a coalition government that has thus far failed. SYRIZA, the rising political power, will replace a once mighty PASOK that used to represent the middle-left. Tsipras has claimed that SYRIZA is “left of the left,” but the closer he gets to power, the more conciliatory he behaves. We can be confident that, once the election dust settles, SYRIZA will take PASOK’s place in the old bi-partisan political structure.