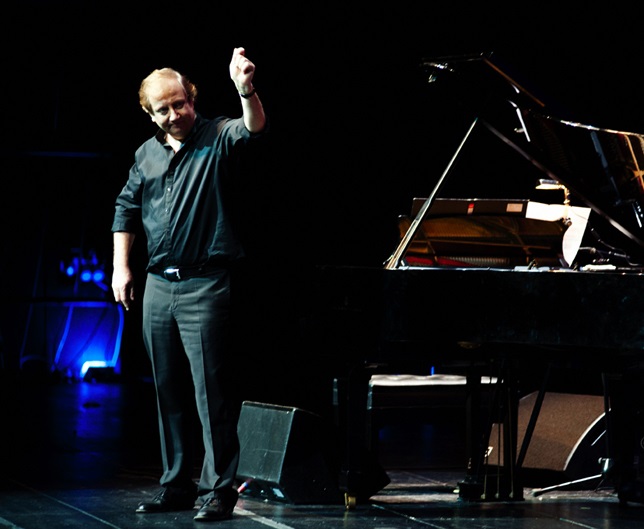 Famous Belgian composer and pianist Wim Mertens, on the occasion of his August 24 concert in ancient Nikopolis, in Preveza, expressed his admiration for Greece, saying that the country plays an important role in Europe.
Mertens told Athens Macedonian News Agency that central Europe is respecting the Greek culture that was born five centuries ago, before the birth of Jesus Christ. He also noted that Europeans show solidarity towards the problems Greece is currently facing.
The archaeological site of Nikopolis and the monument of August charmed Mertens. “It’s a truly unique place,” said the pianist who was pleased and proud to perform there.
Mertens accepted to perform in the area of ancient Nikopolis when he realized the significant historical events that took place in the region 20 centuries ago. Referring to the naval battle of Actium (31 BC), he noted that it changed the course of Greece and Europe, mainly in the economic and cultural sector.
The monument of August, where the concert was held, was erected by Roman Emperor Octavian to commemorate his victory against Mark Antony and Cleopatra VII of Egypt at the naval battle of Actium.