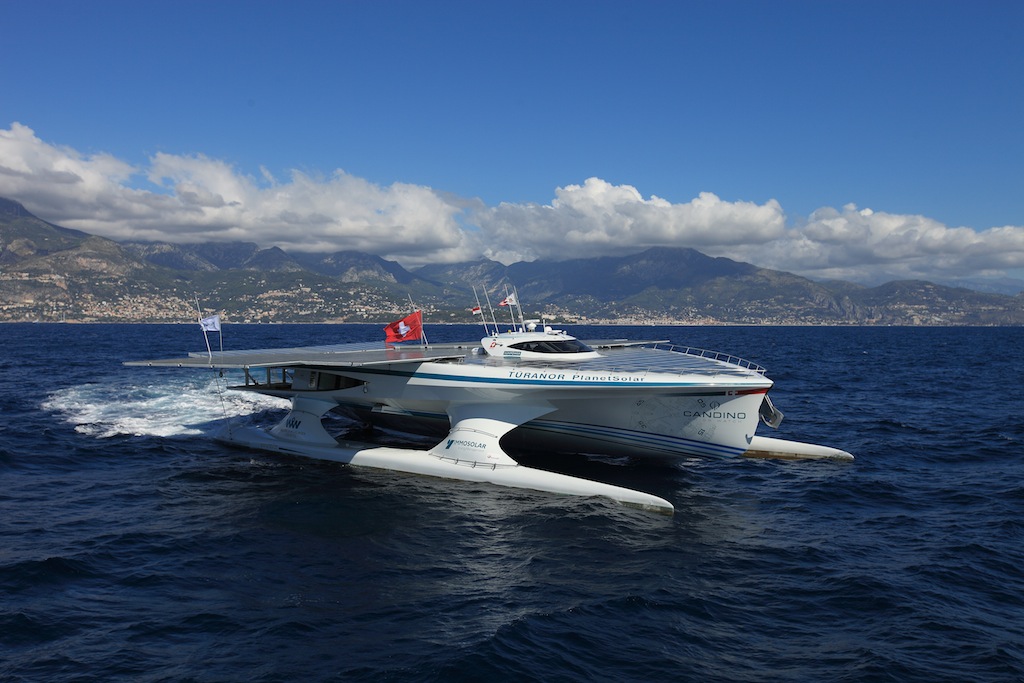 The world’s largest, exclusively solar-powered boat, the Swiss-flagged MS “Tûranor PlanetSolar”, sailed into Corinth, Greece, on Thursday. The 31-metre-long catamaran will stay docked in Corinth for three days before continuing its journey to the Ermioni area to take part in an underwater archaeological investigation.
The boat intends to traverse the Isthmus by sailing through the Corinth Canal and will then head to the area where the archaeological investigation will take place, after which it will dock in nearby Nafplio, Greece. It is due to arrive in Piraeus port on Monday, August 4.
The joint archaeological mission, conducted by Geneva University in collaboration with the Swiss School of Archaeology, the Hellenic Centre for Marine Research and the Marine Antiquities Ephorate, aims to explore and map the topography of a submerged prehistoric settlement in the Argolic Gulf.
An official welcoming ceremony for the MS “Tûranor PlanetSolar” is planned in Corinth on Friday morning, where the crew will show a small group of visitors around the interior.
The vessel, built in Germany and currently used as a floating marine research laboratory by Geneva University, was launched on March 31, 2010, and in May 2012 became the first-ever solar electric vehicle to circumnavigate the globe. It is covered in over 500 square metres of solar panels generating 93 kW, which connect to the two electric motors in each hull, and carries 8.5 tons of lithium-ion batteries, while it can reach speeds of up to 14 knots.
(source: ana-mpa)