Homer's Odyssey And Iliad in LEGO 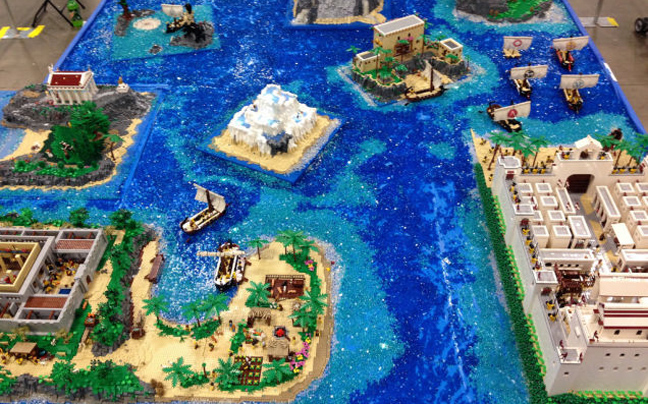 It is not only the Greeks that have been taught and are aware of  Homer’s works. The famous epics of the ancient Greek poet are part of the international cultural heritage.
The Virtual LEGO Users Group, a group of adult fans of LEGO, recreated Odyssey and Iliad using LEGO bricks. In a spectacular setting the heroes of the Homeric epics on sea and land battles take shape at Blickworld, a LEGO fan exposition in Chicago.
The amazing creation represents Odysseus’s journey who started from Ithaca for the Trojan War and his long way home after the fall of Troy. Achilles, the main character of Iliad, Patroclus as well as other heroes are also represented in this recreation of about 20 square meters.
The video below gives you an in-depth look at VirtuaLUG’s recreation of Homer’s Odyssey and Iliad.

On April 6, 1896, the first modern Olympics were held in Athens, Greece at the Panathenaic Stadium, featuring athletes from 14 countries.
Art