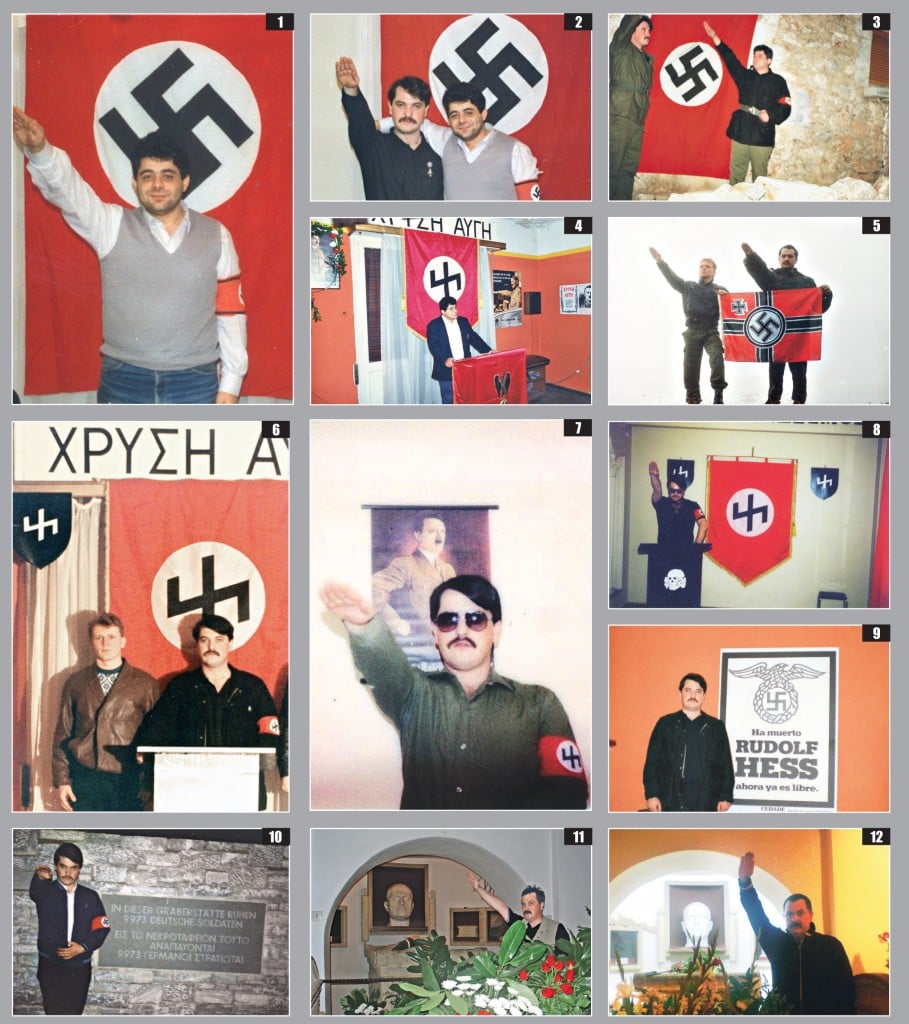 As the Greek Justice system builds a case of running a criminal gang against the neo-Nazi party Golden Dawn, photos have surfaced showing its leaders giving Nazi salutes in front of a giant Swastika flag.
Party leader Nikos Michaloliakos, who is detained in jail pending his trial, has denied Golden Dawn is influenced by Nazi methodology although prosecutors have built a 10,000-page case file and digital evidence showing otherwise, including testimony from former members who said he used Nazi methodology to run it.
A series of photographs was published in the Efimerida ton Syntakton newspaper showing Michaloliakos, his second-in-command Christos Pappas and the party’s spokesman Ilias Kasidiaris performing the Nazi salute in front of Nazi flags, evidence that is expected to strengthen the case of magistrates leading a criminal investigation into GD.
One of the photos shows a young Michaloliakos, who is in pre-trial custody in Attica’s Korydallos Prison, with his arm raised in a Nazi salute in front of a large swastika.
Another photo shows Pappas, who is also in Korydallos, in a similar pose in front of a tombstone commemorating Nazi soldiers in a German military cemetery in the area of Rapentoza, Dionysos, near Mount Penteli, north of Athens.
Another photograph shows Kasidiaris with a group of others also performing the Nazi salute while holding a flag emblazoned with a large swastika.
All 18 of Golden Dawn’s lawmakers have been arrested as the government of Prime Minister Antonis Samaras tries to dismantle the party, which has been charged with a number of criminal offenses, including attacks on immigrants. Golden Dawn wants all foreigners out of the country and remains third in popular support among Greeks.