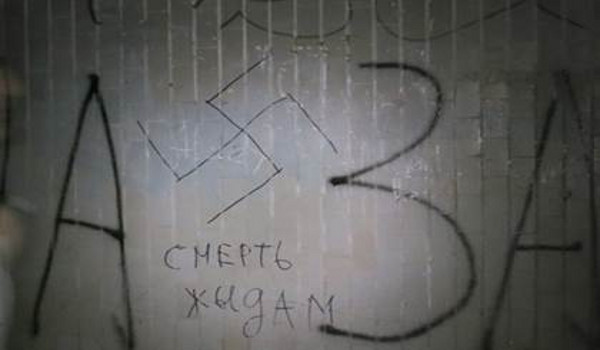 A caretaker of the Jewish cemetery of Thessaloniki arrived to a horrible scene on Thursday morning, May 28, as reported by Daniel Saletiel, head of the Jewish community of Thessaloniki. The graves had been vandalized, ornaments had been smashed and even grave covers looked like they were moved.
“The police will do whatever is humanly possible to arrest the vandals” stated the Greek Foreign Minister Evangelos Venizelos.
Thessaloniki housed a major Jewish Community of 50,000 people during the Second World War, 96 percent of who were murdered in concentration camps.
The Golden Dawn party however, expressing fascist and anti-Semitic views, claims that the Nazi’s never used ovens and gas chambers to exterminate Jews in concentration camps.
The Greek neo-Nazi party has gained popularity over the past years and recently managed to elect three politicians as Members of the European Parliament. The Jewish community is worried about the Greek voters’ preference towards the anti-Semitic party, which promotes the come-back of fascism.
Furthermore, Golden Dawn’s leader and two more members are accused of forming a criminal group and illegal gun possession but they deny all charges.