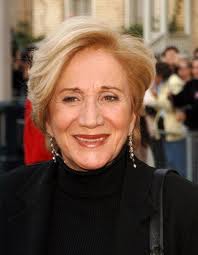 Oscar-winning Greek American actress Olympia Dukakis has expressed her support for Cyprus’ first gay pride parade.  The actress urged Cyprus’ LGBT community to “keep going forward …. stay the course”.
When Dukakis was asked whether LGBT people should have equal rights, she answered: “Even asking the question, ‘should they have the right’ is offensive. Even asking the question, even thinking that another human being has to ask for that, bothers me. We have a short period of time here and to be deprived of anything – out of what people consider religious principles – is repugnant.”
“Just keep going forward. Keep asserting who you are, what you want. Look at the changes. Who would have expected what’s happening now where things are now. Stay the course,” said the 83 year-old actress, showing her support to the LGBT community.
The first gay pride parade of Cyprus, will be held on May 31 in Nicosia. Local authorities and foreign diplomatic missions have already stated that they will support the event. However, the Church of Cyprus has condemned the gay pride describing homosexuality as a degradation and a sickness.
Apart from Dukakis, many other Hollywood stars and celebrities, such as the actress Whoopi Goldberg and British national treasure Stephen Fry, have expressed their support.
Olympia Dukakis, was born in Massachusetts to Greek immigrant parents. In 1988 she won an Oscar as best supporting actress in Moonstruck.
[youtube]_Ds9P0ZLs84[/youtube]