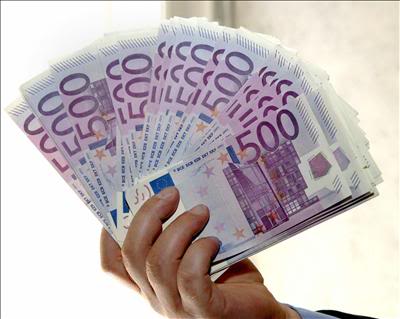 The Greek government’s decision to give itself the lion’s share of the state funding to campaign for the May 25 European Parliament election has raised objections from the main opposition party Coalition of the Radical Left (SYRIZA) and the marginal Democratic Left (DIMAR) that had served in the coalition administration.
The Interior Ministry decided that 50 percent of the funding should be allocated according to the share of the vote that parties gained in the 2009 European vote and only 10 percent based on the last general elections in June 2012. There was no explanation why elections five years ago were being used as a barometer for funding allocation.
Prime Minister Antonis Samaras’ New Democracy conservatives and his coalition partner, the PASOK socialists, will now get most of the money.
PASOK, which is vanishing in the polls, won 44 percent of the vote in 2009 but only 13.18 percent two years ago and would have received far less money based on that result.
For these elections, it had been polling only 3-5 percent after aligned itself with the new center-left political movement Elia (Olive Tree) to keep from disappearing.
This means that New Democracy will receive a approximately 1.44 million euros, PASOK 1.38 million, SYRIZA 377,000, KKE 349,000, LAOS 270,000, the Ecologist Greens 131,000, Independent Greeks 55,000 and DIMAR just 54,000 euros.
New Democracy and PASOK have used their state funding as collateral to borrow 250 million euros from state banks – loans they are not repaying. Meanwhile, the government has set aside a bill to provide debt relief for Greeks crushed by the austerity measures it imposed on the orders of international lenders.
The remaining seven million euros of funding will be allocated according to each party’s share of the May 25 result.
Greece’s neo-Nazi party, Golden Dawn, has been barred from receiving public money while its leadership is under criminal investigation.