Venizelos, Series of Meetings in Iran 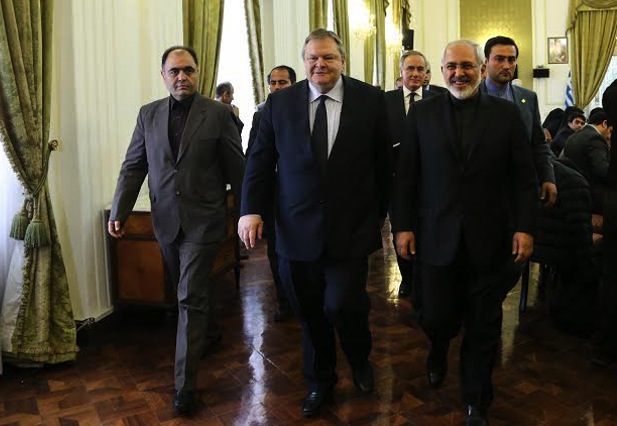 Greek Government Vice President and Foreign Minister Evangelos Venizelos, had a series of meetings in Tehran on Sunday, the last day of his official visit to Iran.

Venizelos was received by the President of the Islamic Democracy of Iran, Hassan Rouhani, with who he discussed bilateral, political, economic and trade issues within the context of the international law and the relevant UN resolution, as well as EU decisions and issues regarding Iran-EU’s relations.

Rouhani also described relations between Iran and Greece as “deep-rooted” and “historical,” saying, “There is vast potential to strengthen the economic ties between the two countries.”

The Iranian president stated that the nuclear issue, which is a bone of contention between Iran and the West, should not distance the Islamic Republic and the EU. “I believe that the traditional and historical relations between Iran and the European Union, which can serve the interests of both sides, should be reconstructed,” he added.

Elsewhere in his remarks, Rouhani touched on certain mistrust between Iran and a number of European countries, saying, “Both sides should make efforts to overcome their mistrust.” Furthermore, Rouhani said that Iran is ready to enter into talks with the EU on a range of various issues, including energy, transportation, regional security, and the fight against terrorism, violence, and extremism.

Venizelos said that there is no obstacle in the way of enhancing ties between Tehran and Athens, adding that the two countries are ready to increase their relations in economic areas. Greece, as the rotating head of the European Union, will make efforts to strengthen relations between Iran and the EU, Venizelos added.