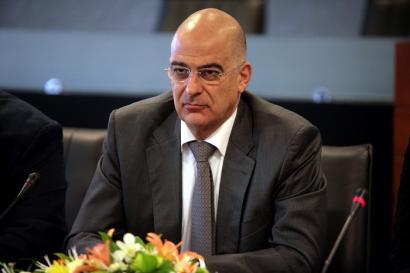 The Minister of Public Order and Citizen Protection Nikos Dendias, connected terrorism with illegal immigration during the press conference that followed two unofficial meetings of EU Ministers for Justice and Home Affairs.
During the meetings participants discussed the issues of international terrorism, border management, immigration and illegal immigration.
“Terrorists might take advantage of the illegal immigration phenomenon,” he commented. However, he said that domestic terrorism was not discussed, neither at the official talks of the two-day meeting, nor at the unofficial ones. “We didn’t discuss domestic terrorism. I believe that the Greek authorities will do their duty,” he added.
As for Golden Dawn and its characterization as a criminal organization, Dendias said that Greek Justice is responsible for managing this issue.