US and EC Pressed for Golden Dawn MPs’ Arrests 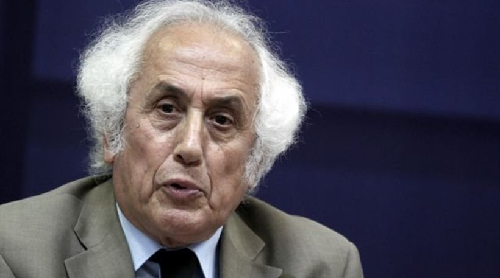 Former Minister of Justice Antonis Roupakiotis sees political considerations behind the arrests of the Golden Dawn leadership.
Talking to the TV network SKAI, the former Justice Minister supported that the persecution of Golden Dawn MP’s was dictated by the USA and the European Commission. According to Roupakiotis, the arrests linked both with Antonis Samaras’ visit to Washington D.C. and New York and Greece’s upcoming EU presidency.
“American-Jewish and Greek-American organizations would come to Greece and put pressure for Golden Dawn. That clearly played a role in the developments. The Prime Minister had to tell them something,” Roupakiotis underlined.
“We take over the EU presidency on January 1st, 2014, so there was much pressure from the EU Commission regarding Golden Dawn. Nils Muižnieks (Council of Europe Commissioner for Human Rights) and Cecilia Malmström (European Commissioner for Home Affairs) insisted “You don’t even propose a law?”, they said,” Roupakiotis went on with his analysis.
Talking about the anti-racist bill, he said that, “ As of  the 1st of January 2014 we will have to pay a fine, because the law was not submitted.’
He also supported that the anti-racist law “froze” because the government didn’t want to polarize the climate with Golden Dawn, in order to be able to take back the voters it lost.

Jade Carey Wins Gymnastic Gold for US in Floor Exercise