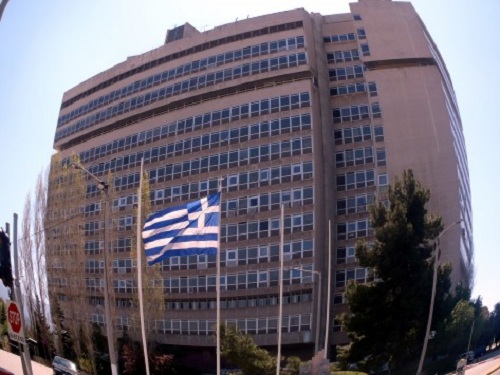 On Sept. 27 it became known that the head of the Third Division Counterintelligence, who had the overall responsibility of the investigations for Golden Dawn acts, was suddenly removed from the National Intelligence Service (EYP).
His removal from the Service took place on the morning of Sept. 27, but no official explanation was given.
According to the Greek Ministry of Public Order and Citizen Protection circles, the above mentioned dismissed officer is a close relative of a Golden Dawn MP. The question arises as to whether or not the National Intelligence Service knew that the person who undertook to conduct the investigation into the acts of Golden Dawn was a close relative of a deputy of the party being investigated.
It was also reported that this EYP officer was among the accused in the famous case of the Pakistanis’ abduction by EYP.
The investigating officer also had access to private telephone conversations between Golden Dawn MP’s, after the decision of the Prosecutor of the Supreme Court of Greece to lift the telephone privacy of some MP’s of the fascist party. According to the same information his close associate is to be replaced as well.
The information of these recordings also contains evidence of links between Golden Dawn officials and underworld, criminal figures. Earlier this week, deputy Supreme Court prosecutor Haralambos Vourliotis, was handed files with 32 cases of incidents involving Golden Dawn party members.