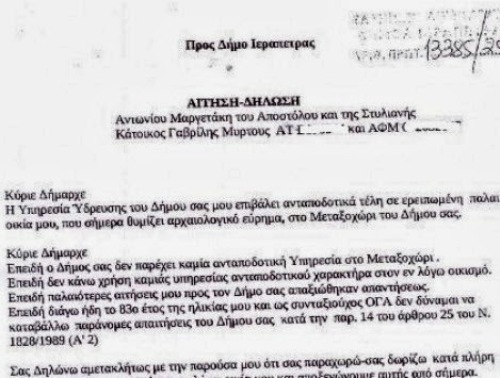 An 83-year-old man, named Antonis Margetakis, resident of Metaxohori village in Ierapetra, on the island of Crete, took the decision to give up his house to the Municipality of Ierapetra as he was unable to pay all the fees.

Margetakis said he took this decision as he felt indignant at the unjustified fees the municipality imposed on his tumbledown residence, which does not even have doors.
The 83-year-old, who has mobility problems, lives with his wife on a pension of €342 per month, according to Greek media reports.
The elderly man addressed a local radio station to publicly express the difficult times he and his wife are facing. “I do not have money to pay the taxes. I donate my house to the Municipality,” Margetakis said.