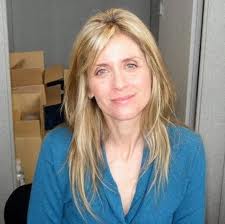 The talented actor, singer and songwriter Helen Slater is releasing an educational album for children, entitled Myths of Ancient Greece.As top40-charts.com reports, Helen Slater created this project in order to make it easier for young children to understand Greek mythology and acquire the stories in an exciting and engaging way.

Myths of Ancient Greece is a combination of narration with song and rhythm with theatrical elements, in order to amuse all lovers of Greek mythology. Academy Award Winner Helen Hunt praised Slater’s album, saying, “Finally something nourishing and fun to play for our kids.”

According to top40-charts.com, Myths of Ancient Greece opens with a pleasant introduction leading to a melodious song, naming the twelve Grecian Gods and Goddesses on Mount Olympus and the lesser Gods down on Earth. Each story serves as a learning module for understanding why things are what they are and assists children in placing complex situations into perspective.

In each chapter, Helen emphatically narrates the story in short and then develops it with a perfectly fitting song in which she eloquently adds her voice to. Within these five separate stories, she answers questions, like how the seasons came to be with the story of Demeter & Persephone, to the complexities of falling in love with the popular story of Cupid and  Psyche. Other myths that can be heard on the album are Perseus and Medusa, a darker tale addressing love and war, Orpheus and Eurydice, and Echo and Narcissus.

Covering a range of subject matter, Helen does a stellar job of depicting each character, something that comes very natural to her. The children’s album is now available for purchase on iTunes.