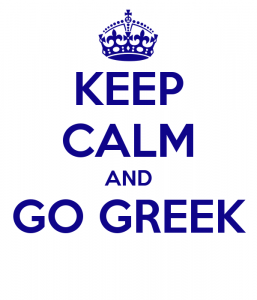 Over the last few years, so many controversial things have been heard of poverty-stricken Greece since the economic crisis broke out. Rise in the unemployment rate, in social inequalities as the rich got somehow richer and the poor poorer. Greece has been several times hit by the media, being characterized as the country of shadow economy and tax evasion. But there are two sides to every coin. I bet you don’t know what being Greek is really about!  So let’s see…
We like being Greek:
Because we have a small, poor country full of big-hearted people.
Because we never pay a visit empty handed.
Because there is no way to explain to foreigners what the word “kapsoura” really means (burning desire for someone).
Because there is a Greek in every corner of this planet.
Because “filotimo” (friend of honor, helping someone because it is a shame not to) does not exist in any other language in the world.
Because Socrates, Plato and Aristotle were Greek.
Because we invented the theater.
Because we gave birth to Democracy.
Because we are proud of our culture, not of our wars.
Because when we were building the Parthenon, others were still sleeping in trees.
Because we distinguish between Eros (falling in love) and Agapi (innocent love).
Because Eros was a Greek God.
Because “Greeks do not fight as heroes, heroes fight like Greeks” (Winston Churchill, 1941).
Because we are not ashamed to burst into tears.
Because we dance when we feel blue.
Because 97% of the stars are named after Greek words.
Because our parents do not forget our existence when we stop being teenagers.
Because we face every difficulty with humor.
Because the Olympic Games were born in Greece.
Because our sky is blue, not grey.
Because 40% of the Oxford dictionary is made up with Greek words.
Because we know what “Kefi” (propensity to fun) means.
Because Homer wrote Iliad 3,500 years ago and Hollywood turned it into a movie just recently.