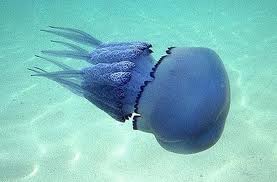 The British Foreign Office has warned British tourists coming to Greece be Beware of jellyfish, issuing the advice in a renewed travel instruction.

The program coordinator of Mediterranean JellyRisk, Stefano Piraino, a Professor of Marine Biology at the University of Salerno in Italy, said that there is no cause for concern and points out that “in the Mediterranean we are lucky enough to not suffer from the lethal jellyfish.”

The increase in the population of jellyfish is attached to different causes depending on the geographical region. One reason is the rise in temperature at the sea surface, but also the interventions in the coastal ecosystems such as the construction of artificial reefs protection.

Another reason is the overfishing of large fish, which has the effect of reducing the number of “competitors” and create food surplus for jellyfish.