Betty White Says She Feels ‘Much Sexier’ at 91 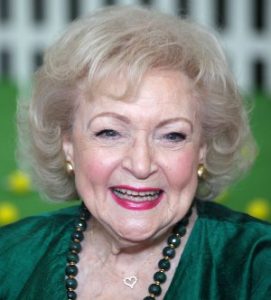 Betty White may be getting older, but that isn’t stopping her from feeling as sexy as ever. The part-Greek comedic actress told In Touch that at the age of 91, she’s “much sexier” than when she started working in the entertainment business 70 years ago.

The “Hot in Cleveland” and “Off Their Rockers” star opened up to the magazine about her personal life, talking flirting, crushes, as well as her secret to staying in shape and feeling like a “teenager trapped in an old body.”

Joking that her short-term memory and two story home provides for good exercise since she’s “up and down the stairs all the time,” White also admitted that keeping her eyes on the fellas keeps her young. So, which of Hollywood’s hottest men is she keen on?

“Robert Redford and George Clooney,” Betty told the magazine, adding, “And Daniel Craig is just wonderful. And Hugh Jackman, too!”

“Off Their Rockers” just wrapped up its second season on NBC, and “Hot in Cleveland” is currently airing on TV Land.