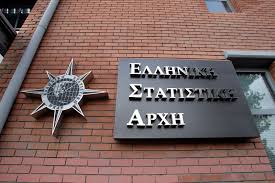 Three years into austerity measures, Greek workers in the private sectors have seen another 10 percent cut in their salaries in the last year as private companies slash wages as the government is doing the same to public workers, along with raising taxes and reducing pensions.
Some elderly, whose benefits have already been rent hard, received letters telling them they would lose more from their pensions although Prime Minister Antonis Samaras said there would be no more austerity applied.
The Hellenic Statistical Authority released the information for the first quarter of 2013 that showed there seems to be no end in sight yet to the hard conditions being applied in the public sector on the orders of international lenders, and with private businesses following suit.
The austerity measures have also worsened a six-year recession and created a record 27.4 percent unemployment rate and put 1.3 million  people – all in the private sector – out of work. Until Samaras shut down the national broadcaster ERT on June 11 and fired all 2,656 of its workers, not a single public employee had been let go.
The new data does not include farmers, civil servants and employees in the areas of Health and Education. However, for everyone else, the wage index is down 10.09% for the first quarter of 2013, compared with the corresponding index for the first quarter of 2012 and also compared with a decline of 7.76% achieved during the corresponding comparison of 2012 to 2011.
Based also on ELSTAT data, this rate had declined by 4.25% on average in 2011 and by 5.52% in 2012. The agency further said that concerning the calculation of the index, gross wages for the working hours are being used.
Gross wages include wages and salaries (regular and overtime pay), bonuses and special payments (gifts of Christmas and Easter, holiday payments and any form of bonus not paid regularly), and payment for days not been worked ( days off, holidays, pregnancy, childbirth, illness, redundancy, etc.).