June 10 was a somber day in the Greek village of Distomo, the 69th anniversary of the massacre of most of its citizens by Nazis in a reprisal raid.
On that day in 1944, an SS phalanx, along with other troops of German soldiers were attacked in Katavothra, a town in Thesprotia, Greece, by guerillas of the Greek People’s Liberation Army (ELAS) and pulled back after heavy losses.
To take revenge, the Germans invaded Distomo, a town in western Boeotia, Greece. Under the command of Hans Zampel, the Nazis executed 218  men, women, elderly people, even infants. Women were raped before murdered, houses were burnt down as the villagers fell victim to a murderous rage. 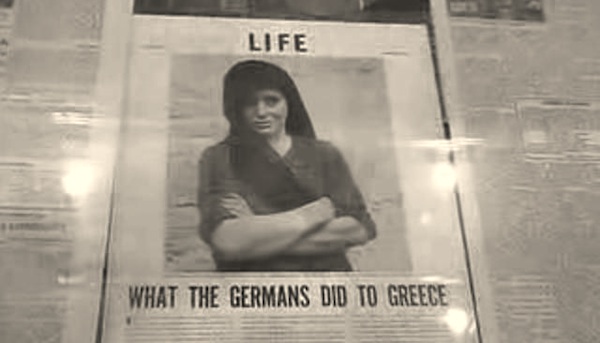 The Municipality of Distomo-Arachova-Antikyra organized memorial events that began on June 8. Alexis Tsipras, leader of the major Greek opposition party Coalition of the Radical Left (SYRIZA) and Dimitris Koutsoumpas, Secretary General of the Greek Communist party KKE, said they would participate in events.
Despite a ruling by a Greek court that compensation was due, none has ever been received and no soldier or officer was ever held responsible for one of the worst atrocities of WWII.