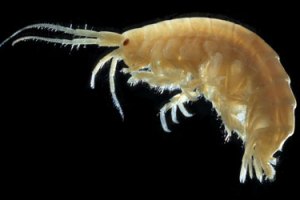 A new species of amphipod, unknown until today to scientists, has been found in the cave Melissotripa Elassonas in Larissa, in the region of Thessaly, after research that lasted two years.
The new organism was discovered by German and Romanian speleologists, led by the cavediver Markos Vaxenopoulos, a scientific associate of the Natural History Museum of Volos.
The new species belongs to the genus Nighargus and lives exclusively in a small lake in the cave of Melissotripa. It plays a important role in speleogenesis and its identification was carried out on the basis of its morphological features and the DNA analysis.
According to ethnis.gr, except from this tiny species of amphipod, the researchers also observed in the cave Melissotripa that was first explored in 2007, an array of impressive stalactites and stalagmites, as well as bats.
The cave is easily accessible in its biggest part. However, there are bottlenecks and difficult passages. The temperature in the entrance of the cave reach about 55 degrees Fahrenheit, and about 62 in the interior, where the humidity is 100 percent. There were three lakes in the cave, but now only one of them is left.