TechNews
GreekReporter.com Europe Greece Tries to Re-Brand Itself in London

Greece Tries to Re-Brand Itself in London 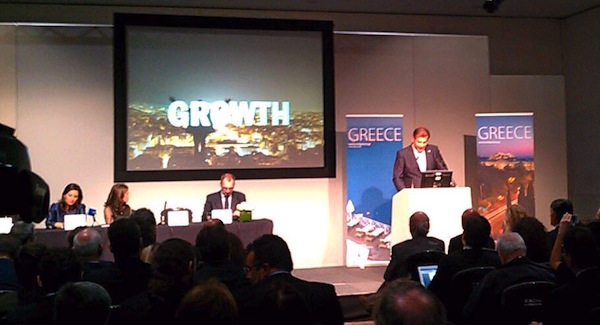 Greece make its pitch at the annual World Travel Market in London trying to show it is developing new ways to lure tourists in the highly-competitive field. The event was held from Nov. 5-7 and featured representatives from the global world of politics and tourism. “Greece is the same country you placed at the Top 5 destinations five years ago,” said Greek Tourism Minister Olga Kefalogianni said at the opening.

According to the Civil Aviation Authority figures, arrivals from abroad from January to September 2012 decreased by 3.6% meaning that 11,739,571 people from abroad visited Greece, almost 500.000 less than last year.As Stephanos Loukakos, Google’s Country Manager said, based on the use of search engines, Greece is the 13th preferred destination for the British and 35th for the Americans. There has been a decline and it is caused mostly by doubts considering security issues.

Kefalogianni admitted that it will take hard work and conviction but she feels ready to make sure that despite the ups and downs, Greece itself would be the advantage.“Greece is not only one kind of tourism, it is a signature brand”,” she said, noting the usual attractions the country offers, such as sun, sea and islands.

Seasonality is the new aim combining and developing more types of tourism available in Greece. “We are focusing more in sea tourism but we are cautious to open the sea to divers because of the natural treasures that may be hidden there. We are developing medical tourism. It is one of our priorities mainly thanks to the variety of spa and treatment centers provided in Greece,” she said.

Nicholas Karahalios, Secretary General of the Greek National Tourism Organisation said he believes that Greek tourism can redefine itself and its glory with a 10-step program. He said the country first should “reposition, rethink and rediscover.” When these three steps are evaluated Greece has to “re-operate, reinvest and revisit” itself with the help of social media campaigns among others, he added.

By September 2013 when the outcome of the previous steps is known there has to be a “restructure” that will lead to the “re-brand, re-launch” and ultimately the “re-power” of Greek tourism, he said. One of the initiatives of this new tourism strategy is the collaboration with Google + leading to the creation of VisitGreece Google + page (https://plus.google.com/+greece/posts) that has already surpassed the 900.000 visitors and the groundbreaking Greek official YouTube channel (http://www.youtube.com/visitgreecegr) as presented in the World Travel Market.

“I used to be a travel journalist and I refer to Greece time and time again. Being told I look Greek is always a compliment,” said British author Victoria Hislop who said she looks forward to getting involved with the plan.