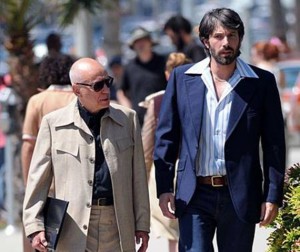 We all remember the scene in “My Big Fat Greek Wedding” where Toula’s father finds the Greek root of every word in the dictionary. Well, in the case of the mega-hit “Argo,” Mr. Portokalos has a very good case.

Not many movie-goers realize that the name of the film was inspired by a Greek mythological ship. “Argo,” directed by Ben Affleck and produced by George Clooney, is based on the true story of CIA Agent Tony Mendez, who rescued six U.S. citizens from a Canadian compound in Tehran during the Iranian Revolution. The entire mission involved Mendez going to Tehran to film a fake movie – “Argo” – which is how he ultimately managed to safely bring the group home.

The science fiction “movie” used as part of the escape plan was re-named to reflect the similar heroic efforts made by Jason and the Argonauts as they sailed from Iolcos on the Argo ship to retrieve the Golden Fleece.

“Argo” has been highly praised by critics, and is expected to receive numerous nominations (and wins) in the upcoming awards season.