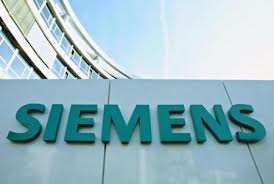 Siemens was caught in bribery scandals in a number of countries, but earlier this year made a settlement with Greece. Chountis said it has now been caught in another allegation of corruption involving contracts for government contracts for underwater cables in some countries. The company recently signed one with Greece for those cables.

In 2009, the European Commission started investigating the practices of 12 companies in relation with underwater cables and submarines, Siemens being among them. In 2011 it revealed that it had objections about the way the market in the sector was working and asked from the 12 companies more information and official explanation.

The case has not been closed, as the European Commission has not announced yet it’s decision. Chountis said the Greek government showed preference to a consortium of companies, including Siemens, over a Greek company, Greek Cables. He said there was a huge difference between the initial offers in an international competition and the final contract for the installation of underwater cables between central Greece and the islands of the Aegean, worth an estimated 400 million euros, or $518.5 millon. The agency responsible is DEH, the Public Enterprise of Electricity.

Chountis objected to what he said were disparities in the bidding and awarding process. including that disputes would be settled under German law and not Greek. “After Chancellor Merkel’s visit to Athens accompanied by businessmen everything seems to take it’s rightful place. This unacceptable Prime Minister, Antonis Samaras, was listening everything the Chancellor and businessmen said and now they are putting it into action. If countries like Greece continue to give contracts in foreign businesses which are accused of corruption and creating cartels while they are leaving Greek businesses and Greek workers without job, nothing will change. We call the government to take the issue seriously and do not let Siemens and others to steal the jobs and future from this country”.