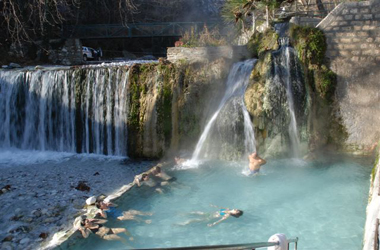 The mayor of the Lithuanian capital Vilnius, Artūras Zuokas, is reportedly trying to buy a Greek island on behalf of the city for the development of Lithuanian spas and hotels. He has already identified one being sold by the Greek state for $5.76 million.

Local media reported that Zuokas anticipates the city will pay for the island alongside Lithuanian businesses, and that the island would eventually be ceded to the Lithuanian state. Critics say that the scheme would require changes to the Lithuanian constitution and note that Vilnius is already $363.72 million in debt. Greece is currently attempting to raise money through the sale of 6,000 uninhabited islands.