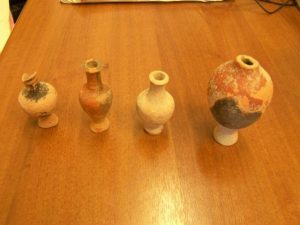 It sounds like a scene from a Hollywood adventure film, but early on Aug. 22, Italian police arrested three tomb raiders caught digging up an archaeological site near the Sicilian city of Palermo.

Italian police said the gang was digging in the Rocca di Entella area looking for hidden artifacts dating back to 400 B.C. when Sicily was part of Magna Graecia. After the arrest, police officers found that the men possessed three ancient Greek bronze items.

Italian authorities discovered the tomb raiders because they had found signs of illegal digging in the area. According to police, 12 people have been arrested in the broader Rocca di Entella area for illegal and unauthorized digging in the past few months.