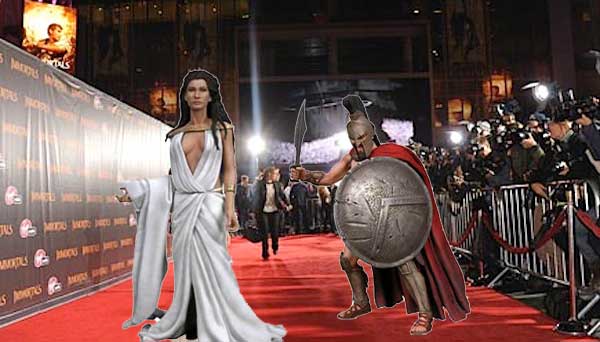 There’s something alluring about the Greek god theme that makes for an entertaining box office hit. Take hold of a spear and bust out your leather sandals while you check out these top Greek god flicks of all time. From the cheesy to the inspiring, Greek mythology hits the silver screen as powerfully as a lightning bolt.

“Jason and the Argonauts”
From the regal bearing of the gods to the eloquent dialogue, “Jason and the Argonauts” is a Greek god movie that gives as much weight to the words spoken as it does to the battles fought. A true classic, the story brings you swiftly into the realm of men and gods as Jason goes on a quest for the golden fleece, an item that will ensure his rise to power.

“Clash of the Titans”
With its glorious 1980’s effects, you will love “Clash of the Titans” with the same childlike glee you feel for grape Cool-Aid and Saturday morning cartoons. A classic rerun, “Clash of the Titans” is almost omnipresent on network television. The hellishly frightening Medusa’s fight with Perseus is flat-out great, from the stop motion effects down to the detail of the sound effects used for her scaly tail. A remake was produced yet again in 2010 proving that Hollywood just can’t get enough of the Greek gods.

“Percy Jackson & the Olympians: The Lightning Thief”
If there’s something worse than an absentee dad, it’s an absentee dad who happens to be a god. Percy, the son of Poseidon, gets to live a normal life until Zeus decides that Percy was the kleptomaniac who stole his lightning bolt. You’d think that most gods would be immune to simple mortal foibles like losing your car keys or misplacing your lightning bolt, but you’d be wrong. “Percy Jackson and the Olympians” is a fun movie that keeps the mythology of the Greek gods alive and captivating. As Percy and friends encounter Medusa at a greenhouse/garden, the scene includes a dose of fright coupled with the idea that there is no better place for a monster to turn her enemies to stone than a garden center where statues are expected.

“300″
A comic book brought to life, “300” is a movie that gives audiences that same sense of childlike wonder one gets when reading a new comic up in a tree fort. The action sweeps you up as violence and swordplay are abundant and unrepentant in their glorious bloodletting. “300” is one small step for man and one giant leap for fight scene sequences and slow motion graphic effects. There is some anti-hunchback propaganda but you’ll be able to separate that fiction from your real life, unless of course you had a bad experience with carnival folk. This film will have you calling out ” THIS… IS… SPARTA!” months after.

“Ulysses”
Kurt Douglas plays the cursed hero in “Ulysses”, and does it with an eagerness that translates well on the silver screen. A battle-worn hero, all Ulysses wants is to return home but, alas, his path is marred by vengeful enemies and supernatural terrors. The dangers extend to his beloved wife and son as they have their own monsters to deal with, since suitors for the presumed widow have piled up at home. Ulysses’ battle of wits with the Cyclops is a scene that pulsates with burgeoning threat and menace, and shows off the ingenuity present in film at a time when CGI wasn’t around to help. Much like “Immortals,” “Ulysses” is a Greek god movie that proves divine intervention can be as much a bane as a boon.

Slave-hero Theseus is on a quest to avenge the slaying of his mother by the evil King Hyperion, played by actor Mickey Rourke, who is killing off innocent people in search of the Bow of Epirus, a magical object that will make him unstoppable. Brought to you by the filmmakers behind “300”, the film’s graphic fight sequences are manipulated by jaw-dropping slow motion technique that revel in both the beauty and gore of the action on-screen. Each scene is like that of a painting, with a twist of modern decor to the environments of the ancient realm. Frustration builds as Zeus, Athena and Poseidon, perched in the clouds, await for Theseus to save the day, as they cannot interfere with the human world.