A Green Story: The Earth Friendly Greek-American Dream of Van Vlahakis on the Big Screen 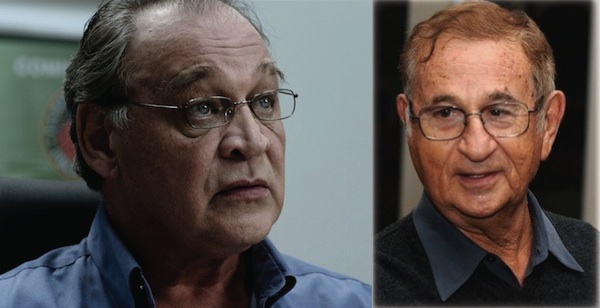 Van Vlahakis left Greece five decades ago with 22 dollars in his pocket. He arrived in the US hoping for a better future for him and his family. Eftehios – as is his Greek name-  not only managed to live the American dream for himself, but also created Earth Friendly Products, a US giant for environmentally friendly cleaning products. His story, which is not just about transforming his life but also the lives of the ones around him as the owner and CEO of Earth Friendly Products, is becoming a motion picture titled “A Green Story.” The movie is set to hit the big screens in 2012.

For the production of the film Earth Friendly Products, a leader in manufacturing award-winning, eco-friendly cleaning products, formed Paramyth Films, a development and production company that will create full-length motion pictures for theatrical release, starting with “A Green Story.” The announcement was made by Van Vlahakis himself, also a Co-founder of Paramyth Films.“My partners and I are very excited to announce the creation of our new venture that will develop motion pictures primarily for theater, but also for television and DVDs,” exclaimed Vlahakis. “We have one project already underway and are looking for other scripts that we can develop and bring to screens in the U.S. and abroad.” Kelly Vlahakis-Hanks, Paramyth Films Co-founder and the Vice President of Earth Friendly Products said, “Motion pictures have contributed to our knowledge, created public opinion and attitudes, and have had a profound impact on human behavior and culture. Our mission is to create films that will inspire and illuminate, as well as foster greater understanding among people through the most influential medium of our time.”

“Paramyth means ‘story teller’ (in Greek) and all great motion pictures tell stories that shed light on human behavior, what motivates people to act as they do, and why we make certain choices in our lives. We are delighted that our first film is going to be an inspirational one, but we will be looking to develop scripts and concepts like our first one that will be competitive entertainment properties in all genres” added David Agiashvili, the new film company’s head of development.

Located in Beverly Hills, Paramyth Films is a fully financed development and production company that produces story driven content for theatrical release and straight-to-DVD markets with budgets of $2M to $3M.

A Green Story
Paramyth’s first property is a story about the American dream. “It’s the tale of a young immigrant’s vision for a brighter future, the struggle to create an entity that placed people ahead of greed, and threatened billions of dollars in corporations’ profits,” explained Nika Agiashvili, President of Production. “This first film is based entirely on a true story.”

Written and directed by Paramyth’s Nika Agiashvili, “A Green Story” chronicles the life of Greek immigrant Van Vlahakis, who arrived in America with only $22 in his pocket and eventually founded the Earth Friendly Products company.

Agiashvili said, “We felt that if we were going to tell the story of Van Vlahakis, we needed to tell it in the most authentic way possible. When we started pre-production, we were committed to not only shooting in Greece, but also casting Greek actors. To be able to shoot in such a historic location like Greece is a dream for me as a filmmaker and will allow audiences to have an accurate account of what took place early in Mr. Vlahakis’s life.”

The movie centers on the modern day Vlahakis (O’Ross), who is misdiagnosed with cancer and given only few months to live. During this time, he reflects on his early life as an immigrant (Finn) during the 1950’s and ultimately decides to push himself to the limit by closing one final business deal that will concretize his company’s success, even if he is not around to see it.”

Van Vlahakis talking about his life stated “I am from Chania, Crete. I stayed there until I was 18 and then I came to the United States to study medicine and I ended up studying chemistry which was a very smart idea. Chemistry was very interesting. At the time I had no idea of business; my first job was working as a chemist. By 1967, I was already a chemist for ten years working in research and development. I lost my job and that is when I started my business right outside of Chicago.”

Alexis Georgoulis, one of Greece’s most famous and acclaimed actors plays George, the general manager of Vlahakis’ company. The Greek actor stated that “I am very grateful that I participated in a production that tells such an interesting and meaningful story of another fellow Greek.”

“I feel very lucky that I learned Van’s story first hand and I am very proud that I am helping make the story known through my participation in the film. Vlahakis’ story also has a meaning for all the Greeks around the world and crisis-hit Greece. When Greeks set their mind to do something nothing will stop them. It is a very valuable and contemporary message. We need to learn not to give up even under harsh circumstances and that’s what this story is all about,” Georgoulis added.

A Green Story began production on November 4th in Chicago and Los Angeles. Filming was completed in Vlahakis’ native Crete, the largest island of Greece.

“I have to say how impressed I was with my crew in Athens, adds Nika Aghiasvili. Our production coordinator there was Dimitri Birbilis who did an amazing job of setting everything up for us. The Greek crew was one of the most professional crews I have worked with. We were really happy with all their hard work and dedication.”

This marks the second feature for Agiashvili, who wrote and directed the feature film, 5 Nights in Hollywood, which he also produced alongside John Edward Lee and EP Jim Regan. 5 Nights In Hollywood was released nationwide in Wal-Mart, Blockbuster and Amazon on November 1st.

After “A Green story” Paramyth is in talks about doing a co-production with Greece, Georgia and the US to produce a film based on the story of Greek mythology Jason and the Argonauts.