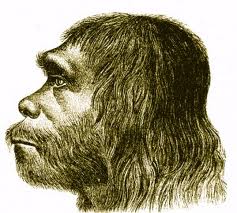 According to recent finds by the University of Crete’s History and Archaeology Department, Neanderthals were the first to inhabit the Greek islands.
Research by archaeologist Nena Galanidou, professor of Prehistoric Archaeology at the University of Crete, in collaboration with the 36th Ephorate of Prehistoric and Classical Antiquities, has identified new evidence that Neanderthals were living on the archipelago of islands called Prighiponisia, among which is the famous Skorpios, previously owned by the Onassis family.
Survey and excavation on the small and beautiful island of Meganisi, four miles south-east of Lefkada, has identified stone tools made by Neanderthals during a period called the Middle Paleolithic. Dates from other sites in which Neanderthals lived, point to settlement of Greece by this sub-species of human, from at least around 130 thousand years ago, until they disappeared around 40 thousand.
At that time, explained Galanidou, the geography, climate, and vegetation were very different from what they are today. To understand how the prehistoric landscape has changed, we need to consider the short distance separating the islands from mainland Etoloacarnania, the shallowness of the sea in the area and the fact that global sea levels were much lower than they are today. It is likely that much of the Ionian would have been dry land, with the islands joined to the mainland and surrounded by a broad fertile plain which would have provided natural refuges, fertile valleys, water sources, and animals to hunt.
“Judging by the number of stone tools we have found”, concluded Galanidou, “we can say that the Neanderthal communities of the Middle Paleolithic period returned to this region often, and that it was probably one of their favorite routes for seasonal migration”.
Meganisi was later occupied during the Mesolithic period from around eleven thousand years ago, by hunter gatherer fishermen. By this time much of the Ionian had been flooded and the islands could only be reached by boat. There was also evidence for Classical and late Roman settlement.