On Thursday, Fahrettin Altun, the communication director of Turkey, slammed the London-based weekly The Economist for creating “cheap propaganda” on the country.

The cover of this week’s magazine is titled “Turkey’s looming dictatorship.” The Economist is calling on outsiders to pay attention to Turkey’s upcoming elections and claimed that the country is “on the brink of disaster” under President Recep Tayyip Erdogan.

“Here we go again! The Economist recycles its intellectually lazy, dull, and purposefully ignorant depiction of Türkiye,” Altun said. “It seems like they feel obligated to announce the end of Turkish democracy through regurgitating cliches, misinformation and blatant propaganda.”

“Outrageous headlines and provocative imagery might help them sell their so-called journal, so we congratulate them on their ingenious marketing techniques!” he said on Twitter. “But we must remind audiences that this is sensationalist journalism based on cheap propaganda and disinformation.” 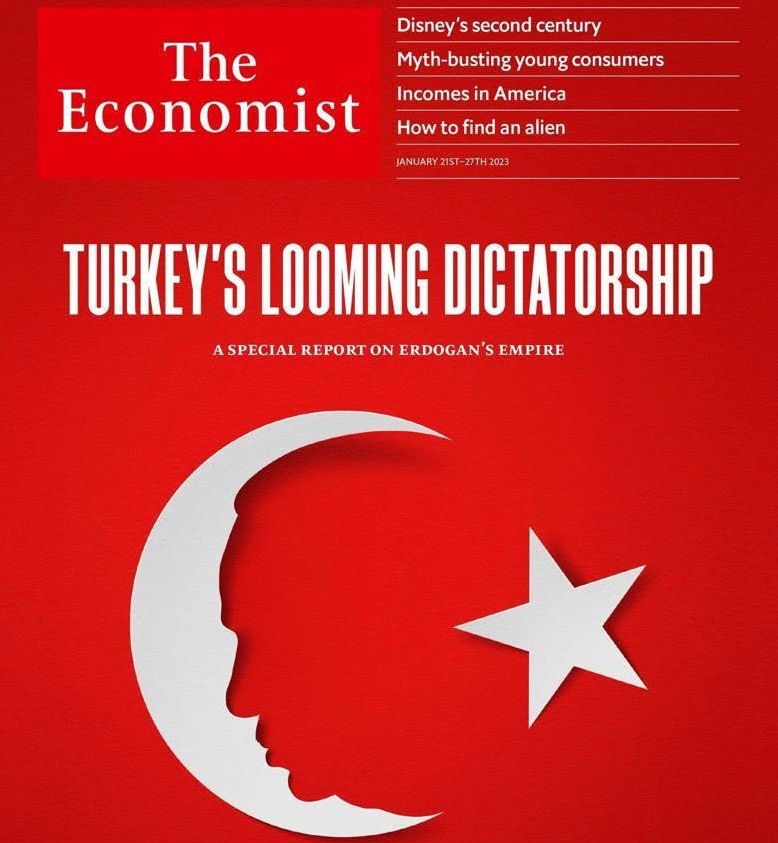 The Economist: Turkey is becoming more autocratic under Erdogan

As the introduction to the financial paper’s report on the state of the country ahead of presidential and parliamentary elections states, “Mr Erdogan’s behavior as the election approaches could push what is today a deeply flawed democracy over the edge into a full-blown dictatorship.”

The Economist says Erdogan’s now twenty-year-old reign was initially beneficial to Turkey. He mended the economy, neutralized the country’s meddling generals and secured, in 2005, the formal opening of accession talks to the EU, while putting his Islamist agenda, which had alarmed the long-dominant secularist heirs to Kemal Ataturk, the Turkish Republic’s founder, mostly to the side.

However, as the paper points out, “the longer…Erdogan has been in power, the more autocratic he has grown.” Moving on from Prime Minister to President, he turned that mostly ceremonial post into a really powerful one in the service of an autocracy.

“Approaching his third decade in power, he sits in a vast palace snapping orders at courtiers too frightened to tell him when he is wrong,” The Economist claims. “His increasingly eccentric beliefs swiftly become public policy.”

Erdogan once likened democracy to a tram journey. When you reach your destination, you get off, he had said. His treatment of mayor of Istanbul, Ekrem Imamoglu, whom The Economist calls the “most plausible rival” for the presidency is indicative.

A two-year prison term and a ban from politics for calling election officials who had annulled his first election “idiots” have nearly taken Imamoglu out of the presidential race. This will be a near certainty if the conviction is not annulled or overturned, and doubt has been cast on the fairness of the upcoming elections, The Economist says.

Internationally, Erdogan could cause trouble for Greece and Cyprus by “foment[ing] fiercer territorial quarrels; he could create further confusion and strife in Syria.” Furthermore, he might also “allow the 5m migrants and refugees in Turkey to set sail for southern Europe.” And he could continue to block the accession of Finland and Sweden into NATO.

Yet, The Economist contends that Erdogan cannot afford to make a total break with the West because he needs investments and armaments.

However, the article argues, it is time for a firmer stance by western powers, beginning with the US. “Erdogan is a bully who sees timidity as a reason to press his advantage and toughness as an incentive to mend fences,” The Economist says.