Influential Greek women have played many crucial roles in Greece’s history, even dating back to antiquity. This is also the case for modern Greece, where so many amazing women changed and shaped the country today.

The ten most influential Greek women

Maria Callas, a Greek soprano, was one of the most famous and influential opera singers of the 20th century. She was born to Greek parents in the United States in 1923, but received her musical education in Greece and established her career in Italy.

Her relationship with the Greek tycoon Aristotle Onassis was a main topic of discussion for many years across the globe, and unfortunately oftentimes her turbulent personal life overshadowed her extraordinary talent. Rumors swirled about her love life, her feuds with other opera singers, and her drastic weight loss — which many believe was the reason for the decline of her musical career.

In 2006, Opera News wrote of her: “Nearly thirty years after her death, she’s still the definition of the diva as artist — and still one of classical music’s best-selling vocalists.” Her real name was Cecilia Sophia Anna Maria Kalogeropoulos. 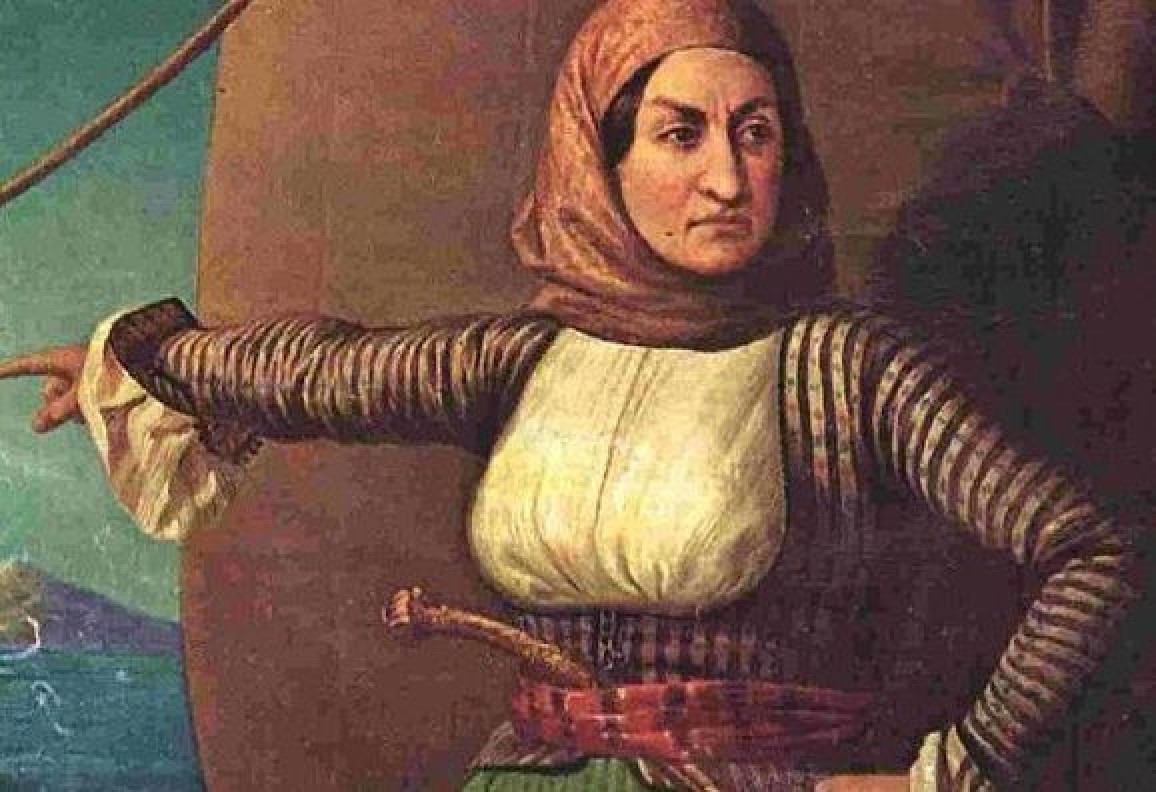 Laskarina Pinotsis, also known as “Bouboulina,” was born in 1771; contrary to every societal category occupied by women of that time, her actions and courage played a vital role in Greek independence.

Pinotsis fought in the Greek War of Independence in 1821, serving as the naval commander of her own ship that she had equipped with her own funds. Bouboulina was killed in 1825 as a result of a family feud on the island of Spetses.

She is widely considered one of the most influential Greek women of all time, and she is commemorated across the country. On the island of Spetses the Bouboulina Museum is housed in the 300-year-old mansion of the naval hero’s second husband Bouboulis, and her descendants still live there.

Her statue also stands in the harbor in Spetses. Various streets all over Greece and Cyprus are named in her honor, notably Bouboulina Street near the National Technical University of Athens (the Polytechnio) and the National Archaeological Museum of Athens.

Katina Paxinou was a film and stage actress. She was born in 1900 and became one of the most famous actresses around the world during the first half of the 20th century.

Irene Papas was a Greek actress and singer who starred in over 70 films during the course of her life. Her career spanned more than 50 years; she chose to retire in 2003, at the age of 77. She was launched into the international spotlight when she starred in “The Guns of Navarone” and “Zorba the Greek.”

She won the Best Actress award in 1961 at the Berlin International Film Festival for Antigone and the same award in 1971 from the National Board of Review for The Trojan Women. Her real name is Eirini Lelekou. Sadly, Papas passed away in September 2022.

Melina Mercouri was a Greek actress, singer, and politician. She received an Oscar nomination and won a Cannes Film Festival Award for her performance in the 1960 film “Never on Sunday.” Mercouri was also nominated for three Golden Globes and two BAFTA Awards in her acting career.

Later on in life, Mercouri became a politician. She joined the center-left PASOK party and was a friend of party leader Andreas Papandreou. She was elected as a member of the Hellenic Parliament, and in October 1981, Mercouri became Greece’s first female Minister of Culture and Sports.

Katerina Sakellaropoulou, the current president of Greece since 13 March 2020, is the first female elected by parliament to serve at the highest political office in the country.

Born in Thessaloniki, she studied law at the National and Kapodistrian University of Athens and completed her postgraduate studies at public law at Paris II University.

In October 2015 she was appointed Vice-President of the Council of State, and in October 2018 she became the first female president of the court, following a unanimous vote. Her election came after the Syriza government, which was in power at the time, considered her progressive record on issues such as the environment and human rights.

On 15 January 2020, the Greek Prime Minister, Kyriakos Mitsotakis, nominated her for the post of President of the Hellenic Republic, a post she was elected to on 22 January 2020 with 261 MPs voting in favour in the 300-seat Parliament.

Queen Sofía of Spain was born in 1938 in Greece. She is the first child of King Paul of Greece and Frederica of Hanover, and was born Princess Sophia of Greece and Denmark. Sofia became a member of the Spanish royal family and served as Queen of Spain during the reign of her husband, King Juan Carlos I, from 1975 to 2014.

She completed her secondary education in a boarding school in Germany before going back to Greece where she specialized in childcare, music and archaeology. She married Juan Carlos in 1962 and has three children with him: Elena, Cristina, and Felipe. Their son Felipe VI is the current King of Spain.

Nana Mouskouri is a Greek singer. During her impressive music career, she has released over 200 albums and singles in at least twelve different languages, including Greek, French, English, German, Dutch, Italian, Portuguese, Spanish, Hebrew, Welsh, Mandarin Chinese and Corsican.

Mouskouri became famous all around Europe for the song “The White Rose of Athens,” originally recorded in German, as “Weiße Rosen aus Athen.“

She became a multilingual television star and cultivated a distinctive image due to her signature black-rimmed glasses, which were unusual for the time. Mouskouri became a spokesperson for UNICEF in 1993 and was elected to the European Parliament as a Greek deputy from 1994 to 1999.

Dora Bakoyannis is a Greek politician and one of the most important Greek women of the 21st century so far. From 2003 to 2006, she served as mayor of Athens, and was the first female mayor in the city’s history. From 2006 to 2009 she was Greece’s Minister of Foreign Affairs, the highest position to have ever been held by a woman in the cabinet of Greece. As of 2021, no women have held a higher position in the Greek government than Bakoyannis’ from 2006-2009.

Bakoyannis was married to the journalist Pavlos Bakoyannis and they had two children together, Alexia and Kostas. In 1989, her husband, who was an elected member of the Hellenic Parliament, was assassinated by members of the terrorist group 17 November.

The interview triggered a wave of resignations in the HSF and echoed massively across Greece and eventually inspired a number of actors to come forward with their own stories of sexual harassment and abuse.

Bekatorou, who was the first female flag bearer for Greece in the history of Summer Olympics at the 2016 Summer Olympics in Rio de Janeiro, opened the Pandora Box of sexual harassment in Greece.