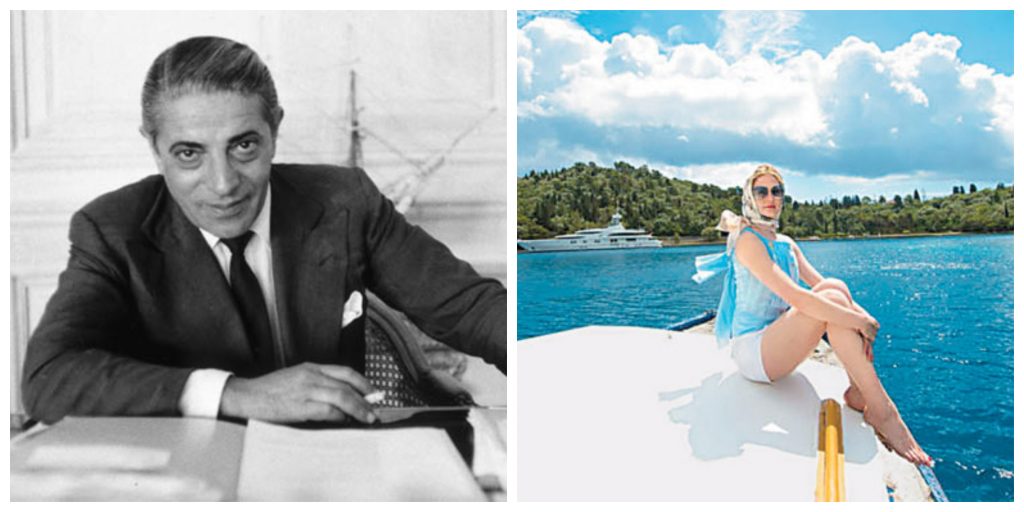 Skorpios is the Greek island that hosted some of the most intriguing moments of the global elites during the 20th century. Uninhabited and unknown until the start of the 1960’s, Skorpios lays right next to the island of Lefkas, in the Ionian Sea.
Aristotle Onassis, the world-known shipping tycoon, bought the island in 1963 and started its overall transformation.


Locals still recall the gigantic procedures to import sand from the island of Salamina so that Onassis could enjoy the Greek sun on his own private sandy beaches. But the Greek tycoon wanted more.
That’s why he planted more than 200 different varieties of trees, creating an idyllic scenery for his private moments. Onassis also built a family compound that included three luxurious residences, a helipad, and a small marina, before building a Cyclades-style residency after his marriage with the former First Lady of the United States of America, Jackie Kennedy.
The harbor facilities in the bay on the north side of the island were created to host his yacht named after his beloved daughter, Christina.
Skorpios hosted some of the most famous personalities of the century: Maria Kallas, for example, used to enjoy her time on the island with Onassis when they were together.
Jackie Kennedy was the next notorious female presence who enjoyed the exotic beauties of this private Greek island. Skorpios hosted many parties during the time too, making it a central meeting place of global celebrities.
After Onassis’ death in 1975, Skorpios passed down through his family.

Christina Onassis died of a heart attack at the age of 37, only 13 years later, at which time the property passed on to Athina Onassis Roussel, the only child of Aristotle’s beloved daughter.
But Athina showed no interest in keeping the island, so after many years, Skorpios was sold for more than €100 million to Ekaterina Rybolovleva, the daughter of the Russian super-rich businessman, Dmitry Rybolovlev.

Ekaterina’s plans for the island are remarkable.
A new complex of luxurious villas with a total capacity of 48 beds, courts of golf, basketball and tennis, as well as restaurants, spas and a brand-new marina are only some of the family’s plans for the island, at an investment that will probably cost more than €120 million.
Thus, Skorpios’ new chapter is yet to be written.