Greek cuisine has been ranked second among the world’s fifty best cuisines with Italy placing first and Spain placing third, according to a list prepared by The World TasteAtlas.

According to the publication, each country’s rating is obtained by the users’ average rating of the thirty best dishes, beverages, and food products in that country. Countries that are not on the list do not have enough items rated. 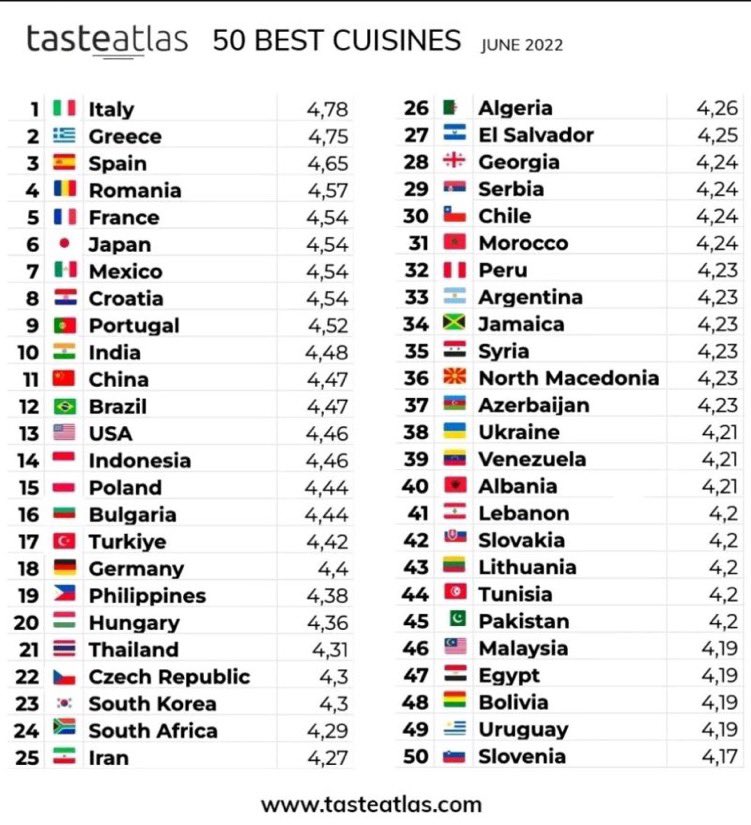 Describing itself as “a world atlas of traditional dishes, local ingredients, and authentic restaurants,” it features an interactive global food map with dish icons shown in their respective regions and purportedly contains nearly 10,000 dishes, drinks, and ingredients, as well as 9,000 restaurants.

Dishes and products of the three best cuisines

It is perhaps not surprising that the three top cuisines in the world according to the survey are from the Mediterranean.

The Mediterranean diet is not just delicious, but several studies have shown its potential health benefits.

Eating plenty of fruit, vegetables, nuts, plant-based foods, and fish may decrease the risk of depression by approximately one-third, according to a recent study published in the journal Molecular Psychiatry.

A diet high in saturated fats, sugar, and processed foods was correspondingly associated with an increased likelihood of depression.