A 4.6 magnitude earthquake hit the sea area south of Crete in the early hours of Wednesday.

Although the quake was felt as far as north as Heraklion, there have been no reports of damage.

According to the National Observatory of Athens (NOA), the quake hit at 4:20 am local time at a shallow depth of 16.4 km (10 miles). Shallow earthquakes are felt more strongly than deeper ones as they are closer to the surface. 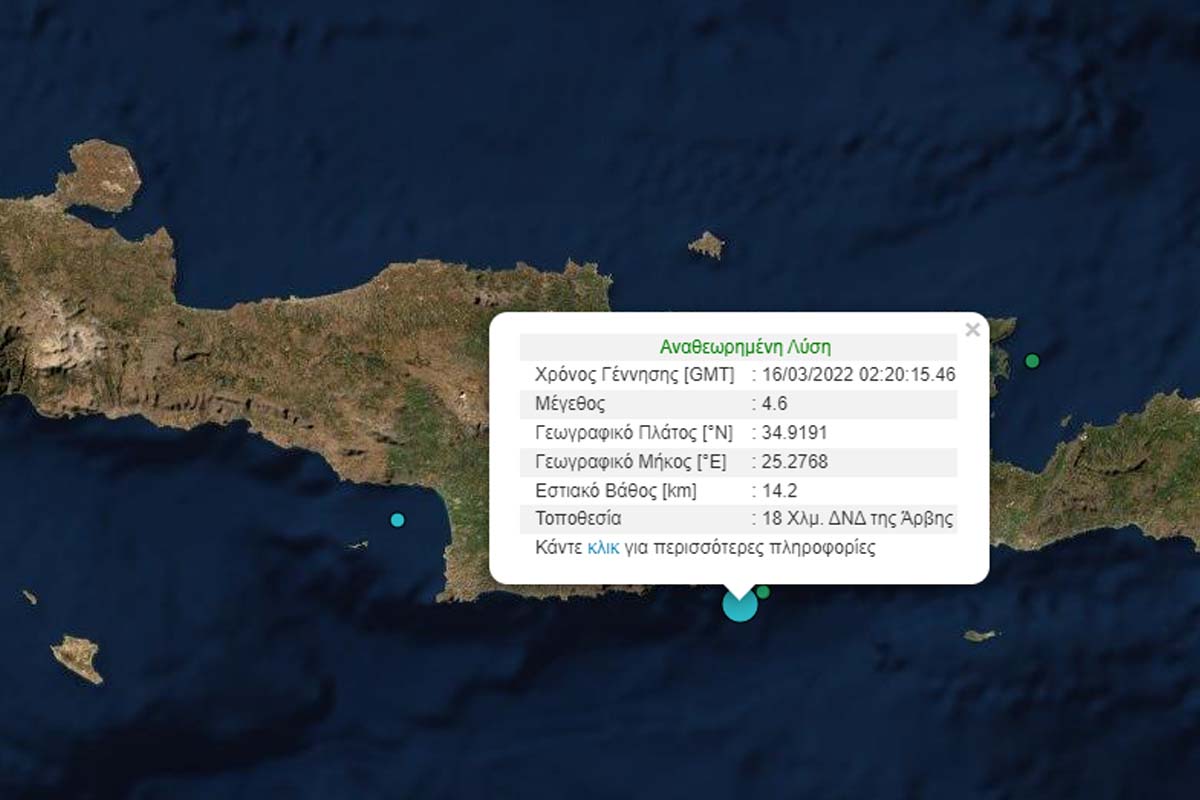 Series of earthquakes in Crete

In December 2021 a much stronger earthquake of 5.7 magnitude struck Crete.

In October, a powerful 6.3 earthquake hit the south of Crete. That quake, with a focal depth of 8.2 km (5.09 miles), had an epicenter southeast of the city of Ierapetra.

It was felt as far as the coast of Turkey and on Cyprus, more than 310 miles to the east, authorities said.

On September 27, one person was killed and several were slightly injured after an earlier, powerful 5.8 earthquake rattled Crete.

In October 2020, an earthquake that struck the eastern Greek Aegean island of Samos and the nearby Turkish coast killed two people on Samos and at least 75 people in Turkey.