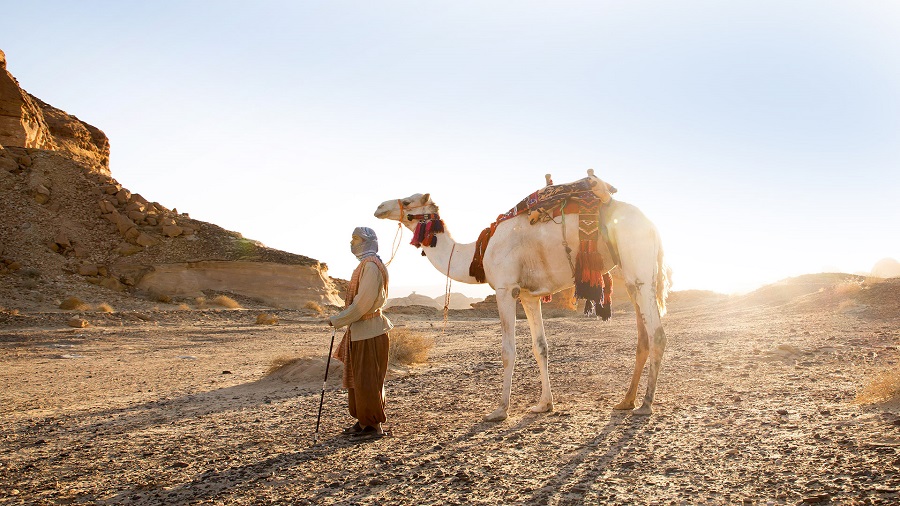 Organizers of an annual beauty contest for camels in Saudi Arabia disqualified dozens of animals this week after they discovered their breeders had injected them with Botox, the state-run news agency reported.

Breeders from around the world are competing in the King Abdulaziz Camel Festival, hoping to win the grand prize of more than $66 million (250 million Saudi riyal).

At least 43 “enhanced” camels were disqualified from the monthlong festival, which kicked off last week on the outskirts of the capital city, Riyadh, according to the Saudi Press Agency (SPA). The festival, which is in its sixth year, will run through Jan. 12 and also includes camel racing.

Desired camel characteristics include elegant ears, large noses, and a long neck and legs. The use of Botox, face and hump lifts, and other cosmetic enhancements are barred under the beauty pageant rules.

With the help of “specialized and advanced technology,” Saudi Arabia’s Camel Club, which is hosting the festival, determined that breeders had used injections, gel implants, rubber bands, and hormones to inflate and modify the camels’ appearances. Organizers said they would “impose strict penalties on manipulators.

“The club is keen to halt all acts of tampering and deception in the beautification of camels,” the SPA reported.

The King Abdul-Aziz Festival for camels is an annual cultural, economic, sports and entertainment festival in Saudi Arabia under royal patronage. It aims to consolidate and strengthen the heritage of the camel in the Saudi, Arab and Islamic culture and provide a cultural, tourist, sports, leisure and economic destination for all this interested in camels and their heritage.

The bond between Saudis and their camels remains strong. While the prized animals that attend camel races, pageants and shows, such as the King Abdulaziz Camel Festival, can sell for more than $1 million and are treated like royalty, the average Saudi camel is more like a trusty pet.

Many Saudi families still own camels, along with goats and sheep, and use them for a variety of purposes. In addition to providing physical labor, a camel’s hair can be woven into luxurious wool, and its milk can be drunk (camel milk is naturally high in antioxidants, so many locals claim it is very healthy). And, once the camel dies, it can be used for its meat and leather.

Once upon a time, many decades ago, when burning wood was the only means of keeping one’s home warm, load-carrying camels were not an uncommon sight in rural Greece.

Most of the camels in Greece were located in Thrace, and their numbers increased after the 1923 population exchange between Turkey and Greece. In the Rhodope mountains, in particular, camels were very common in agricultural communities.