Giannis Antetokounmpo and his brother Thanasis received the championship rings commemorating the Milwaukee Bucks’ first NBA championship in 50 years on Tuesday night, ahead of their season opener against the Brooklyn Nets.

360 diamonds on the ring

In total there are approximately 4.14 carats of emeralds representing the 414 Milwaukee area code. The 50 round stones on the inner bezel stand for the 50 years since the team’s last championship win.

The Bucks also raised a banner to the rafters of Fiserv Forum to kick off the opening night of the league’s 75th anniversary year.

On court, the Milwaukee Bucks who came away with the first win of the season in a dominant 127-104 performance over Kevin Durant, James Harden and the Brooklyn Nets.

On the stands watching his dad was the oldest son of Antetokounmpo, Liam, along with his mom, Mariah Riddlesprigger, who uploaded a photo on social media. In it, little Liam appears full of expectation: “Please, give my dad his ring.” 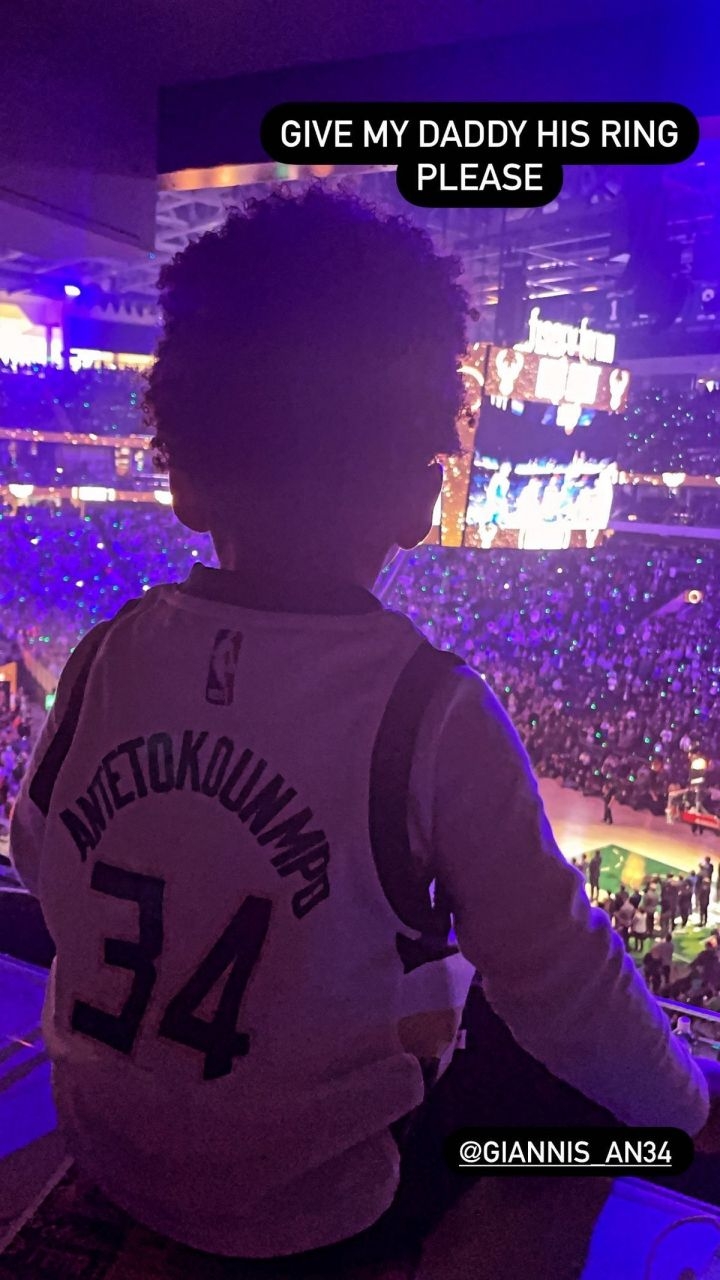 Reigning Finals MVP Giannis Antetokounmpo led the Bucks, finishing the win with 32 points, 14 rebounds and seven assists. Khris Middleton tacked on another 20 points and nine rebounds, while Grayson Allen added 10 points, six assists and four rebounds to help overcome the loss of Jrue Holiday for the second half.

For Brooklyn, Durant and Harden paced the Nets offensively combining for 52 points, 19 rebounds and 12 assists in the loss. The Bucks showed minimal rust throughout the game, while Brooklyn struggled to get into a rhythm and couldn’t stop Milwaukee on the other end of the floor.

In September, NBA MVP Antetokounmpo became a proud dad for a second time to a baby boy. The “Greek Freak” shared a photo on social media on Tuesday holding Liam Charles, who was born in February 2020, and the new arrival with the caption: “Love my boys.”

Antetokounmpo, born in Athens, Greece to Nigerian parents, won back-to-back NBA Most Valuable Player Awards in 2019 and 2020, joining Kareem Abdul-Jabbar and LeBron James as the only players in NBA history to win two MVPs before turning 26.

Along with his MVP award, he was also named the NBA Defensive Player of the Year in 2020, becoming only the third player after Michael Jordan (1988) and Hakeem Olajuwon (1994) to win both awards in the same season.

In 2021, Antetokounmpo helped lead the Bucks to their first NBA championship since 1971 and was named Finals MVP.

“I know nothing else but Greece. I have never been to Nigeria. You are not born a Greek, you become a Greek,” Giannis Antetokounmpo said back in 2017 with his brother Thanasis at his side.

The two brothers are the pride of Greece for their accomplishments in basketball, but things did not start off easy for the Antetokounmpo family – something which they do not forget.

“Greece loves us because we are good guys. We promote Greece wherever we go,” Giannis said.